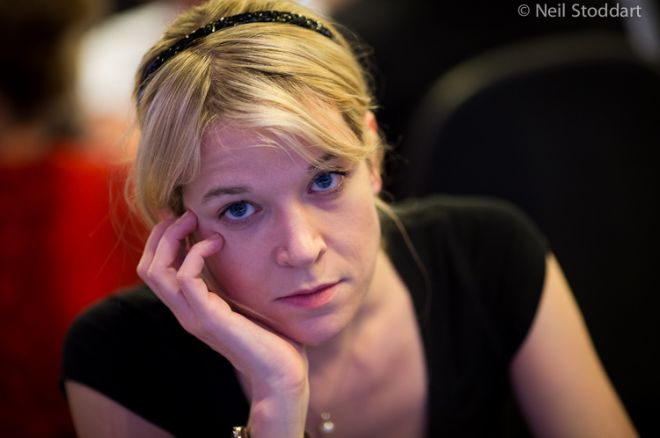 There's been a lot of news coming out of the Phil Ivey camp today. First, he won nearly $750,000 in 48 hours online, and then Nevada Court ruled against his ex-wife in her divorce case petition. The third piece of news comes from IveyPoker as they have announced a new addition to Team Ivey in the form of Lucille Cailly.

The addition of Cailly to Team Ivey brings the roster up to 32 players, including Mr. Ivey himself, the eight-time World Series of Poker gold bracelet winner. Cailly brings greater than $1.5 million in live tournament earnings to the squad, the bulk of which came from her runner-up finish to Mohsin Charania in the 2012 PokerStars and Monte-Carlo® Casino European Poker Tour Grand Final Main Event where she won €1.05 million.

"I am really happy and honored to join such a great team, and I can't wait until IveyPoker launches," said Cailly in the press release. "I hope I can offer the community as much as it gave me. A très bientôt!"

Outside of her big score in Monte Carlo, Cailly has two WSOP cashes and one World Poker Tour cash. Both of her WSOP cashes were worth nearly $4,000 while her WPT cash was worth over $12,000.

The full press release on the signing of Cailly can be found here.