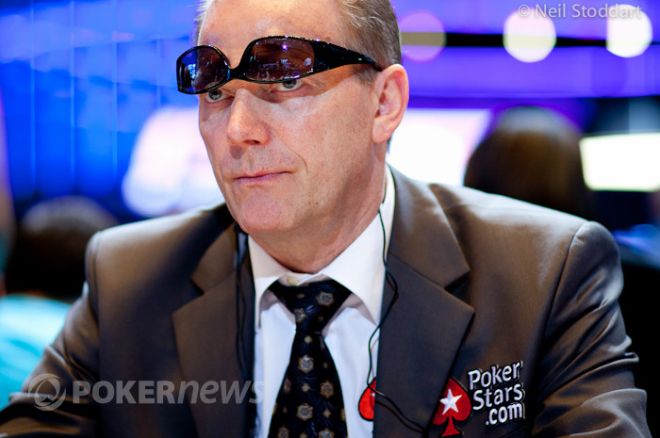 The European Poker Tour’s Season 9 visit to Berlin wrapped up Saturday with Daniel Pidun and Griffin Benger winning the Main Event and High Roller, respectively. But the festival included more than just those two major events; in total, EPT Berlin offered 45 events to participate in, and several notables landed in the winner's circle during the two-week series. Among the winners were Rupert Elder, Micah Raskin, Jason Wheeler, Joe Kuether, Jeff Rossiter, and Team PokerStars Pro Marcel Luske, who continued his hot run in 2013 by winning two side events in Berlin.

Here's a look at some highlights from a few of the bigger side events, followed by a complete look at the winners:

Rupert Elder’s victory in Event # 7 was all too familiar when he defeated Max Heinzelmann heads-up to collect the title and €49,800. Two years ago at the EPT San Remo Main Event, Elder beat Heinzelmann to claim the €930,000 first-place prize, leaving Heinzelmann collecting €600,000 for second. Heinzelmann is also accustomed to finishing second in Berlin; he lost heads-up to Ben Wilinofsky at the 2011 EPT Berlin Main Event.

Pierre Neuville also ran deep in Event #7, finishing third for €16,450. He too has struggled to snag a win after coming close when he finished second at EPT Vilamoura in 2009 and second at EPT Copenhagen in 2012.

Online poker superstar Jason Wheeler took down the €2,100 Turbo following a heads-up chop with Patrick Renkers. After falling short in several EPT events in the past, including an 18th-place finish in the PokerStars and Monte-Carlo® Casino EPT Grand Final last year, this victory marked Wheeler's best finish on the tour. Also reaching the final table were high-stakes regulars Martin Kabrhel and Keven Stammen.

Marcel Luske is on a heater of a lifetime. Last week, just days before winning the 7-Card Stud Deep Stack, Luske defeated a pool of 119 players to claim the top prize of €32,000 for taking down the €1,100 Pot-Limit Omaha event. Luske has five titles since last December, when he won the PokerStars Sunday Warm-up. He then won two PokerStars Caribbean Adventure side events in January. The man known as the Flying Dutchman now boasts more than $4 million in career live earnings which places him first on the Netherlands' all-time money list. His two wins during EPT Berlin put him at 31 live tournament wins for his career.

*Events not listed were satellites