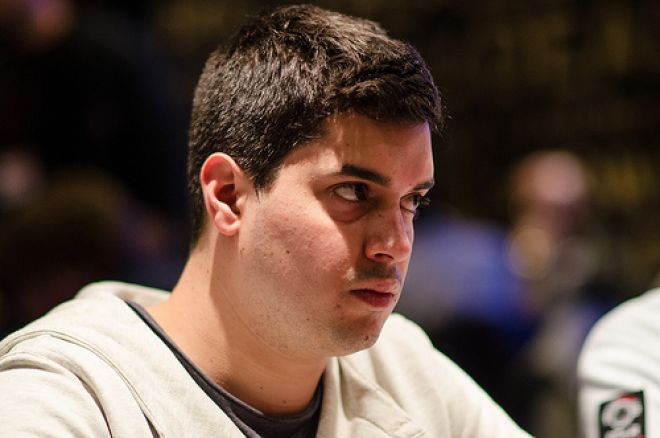 Season XI of the World Poker Tour continued on Saturday with Day 1b of the WPT Barcelona Main Event. Local player Sergio Fernandez bagged 170,600 chips, leading both flights, while both Ognjen Sekularac and Paul Berende finished in the top ten.

Top 10 Chip Counts After Both Flights

Sekularac and Fernandez were the first players to break the 100,000-chip barrier on Day 1b. Sekularac late-registered and then shot up the chip counts when he called down an opponent's three-barrel bluff with pocket nines. His opponent showed ace-king for just ace-high, and then the very same player was all in against Sekularac a few hands later with ace-king. This time Sekularac held pocket aces, and eliminated the player.

WPT Baden runner-up Berende got off to a slow start, but flopped a set of fives against Sergio Bernal. Bernal called a bet on the flop, then raised Berende on the turn. The Dutchman called, and then the two checked on the river. Berende's flopped set was good, and he was back to the starting stack of 30,000 chips.

Berende then doubled through Tom Bedell. According to Berende, he three-bet preflop with pocket kings, and Bedell called with pocket eights. Bedell then called bets on all three streets, including a shove on the river, doubling Berende.

Davidi Kitai got off to a very nice start, but during the last level of the night, he took a brutal beat from Raul Mestre. With the blinds at 300/600/75, Mestre five-bet jammed for just over 39,000, and was snap-called by Kitai.

, giving Mestre a straight, and the turn brought the

. Kitai could make a higher straight with a queen on the river, but the

bricked off, doubling Mestre to 90,000 chips. Kitai was left with lass than half of the starting stack.

"Sorry," Mestre offered after the hand.

Kitai bagged 13,700, which is much more than Zimnan Ziyard, Ludovic Riehl, Michael Benvenuti, Alessandro Longobardi, and Giacomo Fundaro can say.

Ziyard was eliminated in Level 8, when he jammed his last 11 big blinds with pocket jacks. An opponent called with pocket tens, flopped a ten, and sent Ziyard to the rail.

Riehl also found himself all in and at risk with an overpair against an underpair. Riehl held two aces against Simon Deadman's pocket kings, and the flop produced the man with the ax. Riehl could not find an ace on the turn or the river, and was eliminated.

A total of 143 players entered Day 1b of WPT Barcelona, and combined the two flights attracted 249 runners. With the 89 players who survived Day 1b, the remaining number of players is now 143.

*Includes a $25,000 seat into the WPT World Championship

Day 2 begins at 14:00 CET on Sunday. Stay tuned to PokerNews for a recap of the action once play has been completed.