2013 World Series of Poker Asia Pacific Day 1: Kicking Things Off with a Bang 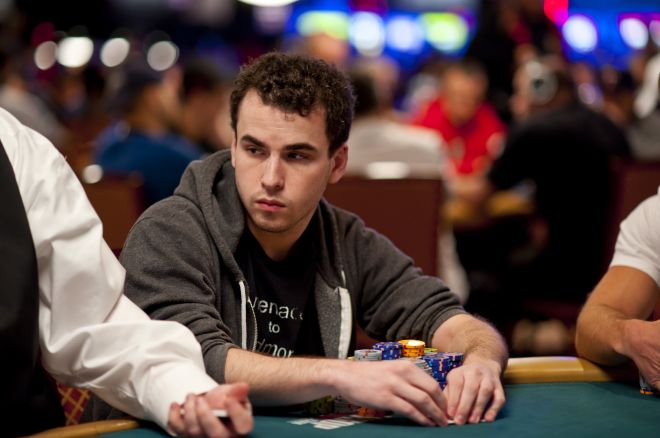 It's been a long time coming, but the World Series of Poker finally made its way down to Australia for the grand old bracelet chase. Day 1 of the 2013 WSOP Asia Pacific kicked off with a bang with Event #1: $1,100 No-Limit Hold'em Accumulator.

This unique event attracted 329 players on the first of three starting flights, and it was 2010 WSOP $25,000 No-Limit Hold'em / Six-Handed gold bracelet winner Dan Kelly leading the pack of 47 that advanced. He bagged up 66,250 in chips, only slightly edging out Alex Givotovsky's 65,600.

Kelly was the beneficiary of a sizable hand late in the day that notched him the top spot on the leader board, and it came by busting two players.

According to the WSOP.com live updates, an unknown player moved all in before Kelly flat-called in position. Didier Guerin put in a three-bet from the big blind, which prompted Kelly to fire back with a shove. Guerin called and a big, three-way pot was created with Kelly holding the best of it. He held the

and was up against Guerin's

and the other player's

flop, Kelly picked up a set of kings. The turn was the

and provided a slight sweat with Guerin's flush draw, but the

Guerin joined many others who busted before him, including 2012 WSOP Big One for One Drop champion Antonio Esfandiari, bracelet winner Bertrand "ElkY" Grospellier and Australia's own Jackie Glazier. Also eliminated were Sam Holden, Tom Grigg and Jack Drake.

With the unique format of this event, players are allowed to enter as many of the starting days as they'd like. Each can accumulate chips on each day and join the stacks together for Day 2. This should make Days 1b and 1c very interesting.

Day 1b will have the cards in the air at 12 p.m. local time on Friday in Melbourne, Australia, and PokerNews will be providing daily recaps of the series, so stay tuned for much more.