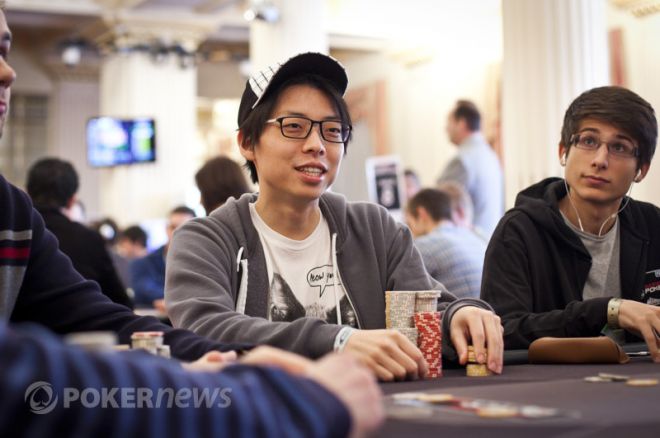 The only non-bracelet open event of the World Series of Poker Asia-Pacific also happened draw the largest crowds in the Crown Poker Room on Saturday. The $50,000 Re-Entry High Roller kicked off with many of poker's biggest names in attendance.

The event began just after 4 p.m. with only five players seated, but 32 more high rollers filtered in throughout the evening. After seven players busted and re-bought, a total of 44 entries created a prize pool of AUD$2,157,000, with the top six places making the money and AUD$825,000 going to the eventual winner.

Joseph Cheong will take the chip lead into Day 2 of the High Roller on Sunday. Cheong, who registered late after busting from the Main Event in 32nd place, bagged 1.5 million in chips when play concluded, well above the amount of his next closest competitor.

Cheong took the chip lead late in the day by eliminating the red-hot Dan Shak, who also entered late after his elimination from the Main Event. According to WSOP.com, Shak opened with a preflop raise to 35,000, and Mohsin Charania called. Cheong then three-bet to 100,000, and Shak moved all in for 310,000. Charania got out of the way, Cheong called instantly.

The jack-high board came up empty for Shak, sending a massive pot over to Cheong. Cheong later busted Sam Trickett to push him closer to the 1.5 million mark just before play ended for the day. Trickett, Paul Phua, Marvin Rettenmaier and Jonathan Karamalikis were among the players who re-bought, but only Phua and Rettenmaier survived the day.

Some of the big names joining Shak, Trickett and Karamalikis on the rail were Andrew Robl, Erik Seidel, Jean-Robert Bellande, Jason Koon, Jason Koon and Phil Ivey. The nine-time bracelet winner Ivey was one of the leaders before three consecutive hands set him to the rail.

First, he lost a big flip with the

that left him with 170,000. Then, he lost a preflop confrontation to Max Lehmanski with the

, leaving him with 9,000. Ivey thought he was eliminated and darted out of the poker room, but WSOP tournament director Jack Effel tracked him down and informed him that he still had some chips left. After missing one hand, Ivey was all in for his last 5,000, and Philipp Gruissem finished him off.

The 44-entry High Roller field in Melbourne was well shy of the 60 recorded at last year's World Series of Poker Europe High Roller in Cannes, France. That event, won by Mike Watson for €1 million, attracted 49 players with 11 rebuys being added to the prize pool.

Day 2 of the WSOP APAC $50,000 High Roller is scheduled to begin at 4 p.m. local time on Sunday following the conclusion of the Caesars Cup. PokerNews will have a recap of both events plus the Main Event at the conclusion of play, so keep it locked for all of the highlights from Crown Casino in Melbourne.