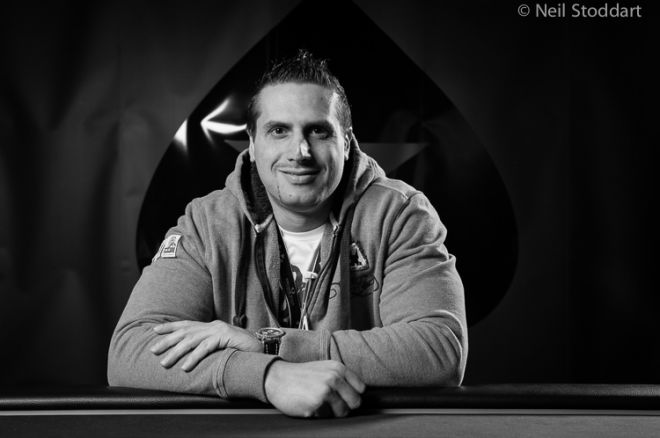 The final table bubble was grueling but the opposite could be said about the actual final table of the Season 9 European Poker Tour Berlin Main Event. Daniel Pidun destroyed his opponents and took home the title after just six hours of play. There were not many big blinds in play during the final table, and Pidun utilized his stack to the fullest after picking up a bunch of chips at the start. Eventually, nobody could stop the German, who finished ninth in this event two years ago and 17th last year.

Pascal Vos was the first player at the final table to double up. Vos ended up all in with jacks against Roman Korenev's ace-queen suited and a flopped set kept him alive. Korenev was knocked down to being the shortest stack, and not too long after this, he was eliminated. Korenev was in great shape to double up with jacks versus Alexander Helbig's pocket fours. The board brought four spades and Helbig happened to have one of those as he knocked out the Russian player. Korenev took home €77,000 for his eighth-place finish.

Seven-handed play lasted for quite some time as everyone was very much aware of the ICM implications. Julian Thomas, a sit-n-go specialist, was the unfortunate number seven, and he took home €110,000. Roman Herold moved all in from the button and Thomas was looking to isolate by re-shoving from the small blind. Robert Haigh woke up with ace-queen suited in the big blind, and he called to put two players at risk. Herold tripled up with pocket kings, and Thomas was knocked out with ace-five.

In the level where EPT Deauville (with a similar field) ended, things were still six handed in Berlin. The level had just begun when Herold was all in for his tournament life with the

. Herold had plenty of outs against Helbig's pocket treys, but did not catch up. Herold took home €155,000 for his sixth-place finish.

Herold's knockout gave Helbig some chips, but it wasn't enough. Helbig re-shoved just a few hands later and ran his pocket fives into Pidun's eights. No luck came for Helbig, who was knocked out in fifth place for €202,200.

In Season 1, there were two Dutch EPT winners with Rob Hollink and Noah Boeken. In Season 5, Constant Rijkenberg and Pieter de Korver won. On the last stop this season, it was Ruben Visser who took down EPT London to become the latest Dutch EPT champion. Vos was aiming to add his name to this list, but he was knocked out in fourth place. Vos ended up all in with ace-seven versus Pidun's ace-queen and did not catch a lucky break.

With just three players remaining, Pidun had amassed a huge chip lead over his two opponents. Right after Lasse Frost doubled up to eight big blinds, he decided to move all in and both his opponents made the call. This pot turned into the most interesting one up until that point as a huge side pot between Haigh and Pidun was created post flop. Pidun ended up leading the river for 2,000,000 chips, but Haigh decided to give it up. Pidun showed that he had made the runner-runner nut flush, and he started heads-up play with 24,500,000 to Haigh's 2,800,000. Frost was knocked out in third place, and he took home €325,000.

Haigh doubled up once but it wasn't nearly enough to get a chance to compete with Pidun's huge stack. On the final hand, Pidun shoved all in with nine-eight of spades and Haigh snap-called with ace-king. The flop gave Pidun a pair of eights and Haigh did not managed to catch up. Haigh walked away with €531,000 for his second-place finish while Pidun was crowned the Season 9 EPT Berlin winner and took home the €880,000 first-place prize.

From the Germany capital and the heart of Europe we would like to thank you for following our EPT Berlin coverage all throughout the week. Make sure to tune back in to PokerNews.com on May 6th as the coverage of the EPT Grand Final kicks off with the €10,000 Main Event!