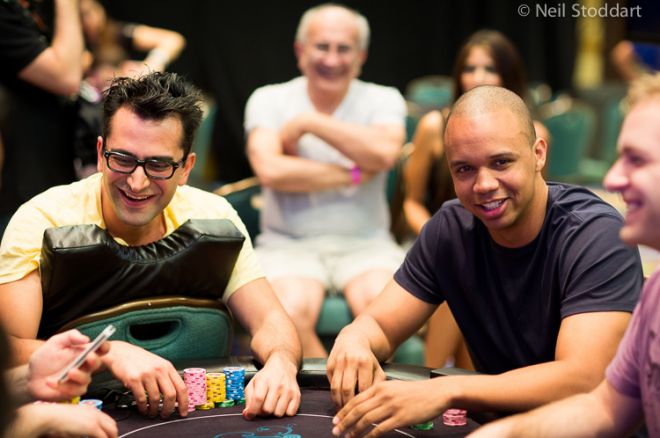 Hellmuth is the most decorated player in WSOP history with 13 bracelets, Merson is defending Main Event champion, and fellow Team Ivey member, Negreanu is a four-time bracelet winner with over $16 million in career live tournament earnings, and Esfandiari won the $1 Million Big One for One Drop in 2012.

Joe Hachem and Sam Trickett captain Team Asia Pacific and Team Europe, respectively, though they have yet to announce their squads. The Caesars Cup will take place Sunday, April 14.

Earlier this week, Esfandiari was signed by Ultimate Poker to be its brand ambassador.

On Thursday, the makers of Bet Raise Fold released a deleted scene about Ivey titled, "Ivey is God."