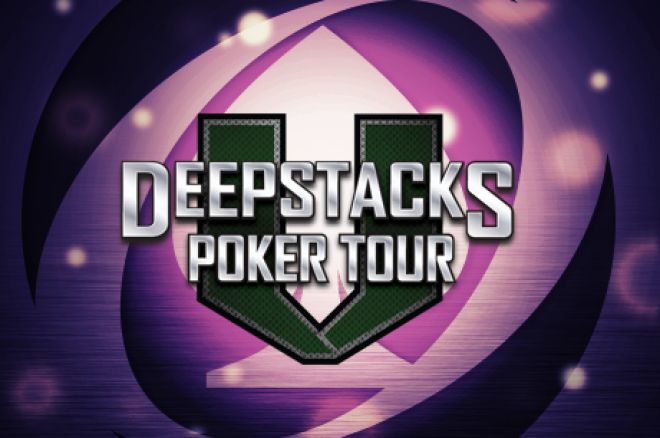 The 2013 DeepStacks Poker Tour Patriot Poker Classic Main Event ended on Monday at Mohegan Sun in Uncasville, Connecticut. The $1,500 re-entry event easily eclipsed its $200,000 guarantee as 167 entries generated a prize pool of $218,687, with $54,000 going to the winner. That top prize went to Missouri native Tom Christopher, who outlasted a very tough final table on Monday to claim his first DeepStacks Poker Tour title.

Christopher began the final table as the second-shortest stack but survived many all-in confrontations early in the day to build his stack. After the eliminations of Ryan Mostafa, Frankie Flowers and Ari Engel, Christopher eclipsed 1 million in chips by eliminating Yevgeniy Dobkin with pocket aces. That moved Christopher closer to chip leader Nathan Bjerno, who led the way with around 1.5 million in chips with five players remaining.

Bjerno's good fortune during the tournament wouldn't last much longer. After Julian Sacks doubled through him early in Level 25, Bjerno lost a huge pot to Christopher which left him with just five big blinds. According to the live updates at DeepStacks.com, the two players got all of the chips in on a flop of

for a flopped two pair and was well out in front of Christopher's dry pair of aces. The

on the turn changed nothing, but the

spiked on the river to counterfeit Bjerno's two pair, giving Christopher the win with the better kicker. Bjerno was eliminated a few hands later by Sacks, ending Bjerno's attempt to add a DSPT trophy to the WSOP Circuit ring he won earlier this year.

Sacks was the next to hit the rail, collecting $18,151 for fourth place. Sacks lost a huge pot when his flush draw came up empty against Christopher's pair of aces, and Christopher got the rest of Sacks' chips a short while later. That gave Christopher a sizable lead over Joe Starratt and 2012 PokerStars Caribbean Adventure Main Event champ John Dibella when three-handed play began.

Dibella was able to double through Christopher to even the stacks, but he was grinded down to less than 20 big blinds before he made his exit in third place. Dibella got all of his chips in with

on a flop of

against Christopher's pocket kings. The

river brought no help to Dibella, leaving Christopher and Starratt playing heads-up for the title.

Christopher had a four-to-one chip advantage when the match began and it took about an hour for him to put Starratt away. The $54,392 score was the biggest of Christopher's career, while Starratt collected $38,117 for his runner-up finish.

The DeepStacks Poker Tour will next travel to Pennsylvania for this month's Northeast Pennsylvania Poker Open at Mohegan Sun Pocono Downs. The $1,100 buy-in Main Event will run from April 12 through 15 and will be hosted by Michael “The Grinder” Mizrachi, Tristan Wade and Jennifer Leigh.

Data and photo courtesy of DeepStacks.com.