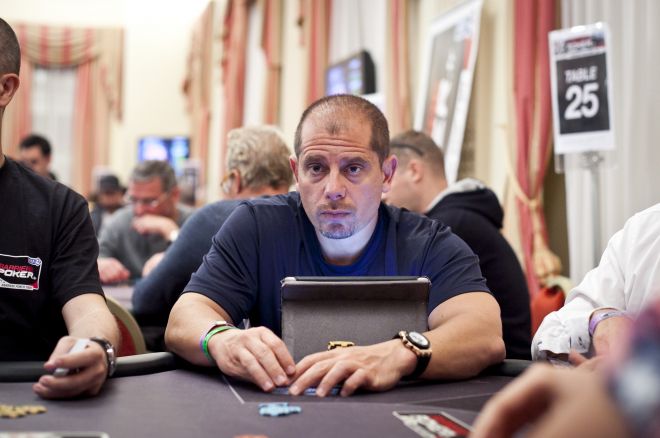 With the World Series of Poker right around the corner and less than two weeks away, all of the big tournaments series around the world are wrapping up their respective seasons. Last week, the European Poker Tour concluded Season 9 with the completion of the PokerStars and Monte-Carlo® Casino EPT Grand Final, and this week the WSOP Circuit will reach its conclusion in New Orleans for the final stop and National Championship.

Also concluding this week will be Season XI of the World Poker Tour. Back in Las Vegas at Bellagio once again, the prestigious WPT World Championship will once again attract an elite field and crown the biggest champion of the season. With a hefty $25,000 buy-in, only the biggest names and deepest pockets will be out in the mix, making this one of the most exciting events in poker.

On Saturday, the Championship Event kicked off with the first five levels of play. Following the completion of those levels, WPT Champions Club member Will "The Thrill" Failla stood atop the remaining survivors with a leading stack of 276,000 in chips. While Failla's stack may be the greatest, Jonathan Kamhazi (273,300) and Mike Linster (269,000) aren't too far behind.

Although Failla would finish in the top spot, many of the eyes watching this event were fixated on Marvin Rettenmaier, last year's WPT World Championship winner. Rettenmaier didn't buckle under the pressure of defending his title, going on to bag up an impressive 222,000 in chips. That was good enough to finish him in the top 10 for the day, but there's still plenty of poker left to be played in this tournament.

One of the pots pushed Rettenmaier's way came at the hands of long time poker professional Ralph Perry. During the last level of the night, Level 5 with the blinds at 400/800/100, Rettenmaier and Perry clashed in a three-bet pot. According to the WPT live updates, Rettenmaier had opened to 1,700 from under the gun before Perry reraised to 5,200 from the hijack seat. Rettenmaier called to see the

The turn added the

to the board, and Rettenmaier checked. Perry fired again, making his wager worth 11,000 this time. Rettenmaier called, and the dealer completed the board with the

. Following a third check from the defending champ, Perry slid out a bet of 20,000. Rettenmaier tank-called, which proved to be the correct move. Perry tapped the table to signify that Rettenmaier's call was best before Rettenmaier tabled the

While Perry may have lost that hand, he went on to survive the day, which can't be said for the following players. Jeremy Ausmus, Artem Litvinov, Ben Hamnett, Kevin Eyster, Kai Chang and Tony Gargano all hit the rail Day 1, with both Chang and Gargano falling in the final level of play.

Chang was eliminated by Jean-Noel Thorel with his

failed to come from behind against Thorel's

after all the money went in preflop. Shortly thereafter, Gargano was all in preflop with the

against current WPT Player of the Year leader Matt Salsberg's

. Like Chang, Gargano failed to come from behind, and he was eliminated.

At the end of the day, 113 players had signed up with 93 advancing. Another five levels of play are on tap for Day 2, and registration will remain open through the end of Level 8, which will be at approximately 5 p.m. PT. Players who have busted out do have the option of firing a second bullet as this event has the option for a single reload. PokerNews will be providing daily recaps of the action from Bellagio, so stay tuned for another following the completion of play.