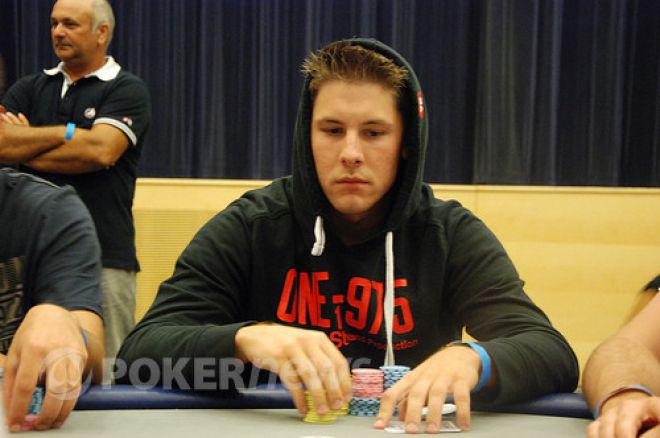 The 2013 PartyPoker World Poker Tour Canadian Spring Championship continued on Sunday with Day 1c action at the Playground Poker Club. The third and final Day 1 starting flight saw 258 players put up the CAD$3,300, bringing the total number of entries to 735.

After 10 levels of play, 108 players were left standing on Day 1c, meaning 294 will advance to Day 2 on Monday. Leading the way on Sunday was Jonathan Driscoll with 263,800 in chips. He was joined atop the leaderboard by Jake Toole and Jonathan Roy. Roy won the first-ever WPT event held in Canada last year.

Roy was named the ClubWPT Player of the Day on Day 1c after failing to advance through the first two Day 1 flights. Last November, the Quebec native bested fellow French Canadian Pascal Lefrancois heads-up to win the World Poker Tour Montreal for $755,601. He'll be among the leaders heading into Day 2 of the Canadian Spring Championship, with his hopes set on a repeat performance at the Playground Poker Club

Matt Salsberg continued his eager run for the Season XI World Poker Tour Player of the Year by registering for the third straight day on Sunday. Salberg bagged 73,400 in chips on Day 1a but was looking to improve that number on Day 1c. Despite tripling up to 53,000 during the final level of the night, Salsberg was unable to surpass his Day 1a total and was eventually eliminated. According to the WPT Live Updates team, Francis Labonte min-raised to 2,000 and the cutoff called. Salsberg then three-bet to 12,000 from the button without even looking at his cards, and Labonte moved all in. The cutoff folded, and Salsberg called, still unaware of the strength of his hand.

and Salsberg was eliminated. He'll still take an average stack into Day 2 and will try to increase his Player of the Year lead over Paul Volpe. As it stands now, Salsberg has 2,575 POY points and holds a slight lead over Paul Volpe (2,400), who did not make the trip to Montreal. Volpe told PokerNews last week that he will be traveling to Las Vegas for the WPT World Championship later this month to attempt to pass Salsberg in the standings.

Day 1a chip leader Philippe Boucher will take the biggest stack into Day 2 with 278,100. Action will resume at 11 a.m. ET with all three starting flights combining for the first time. We'll have a full recap for you at the completion of play, so keep it locked in to PokerNews.com for coverage of the WPT Canadian Spring Championship.