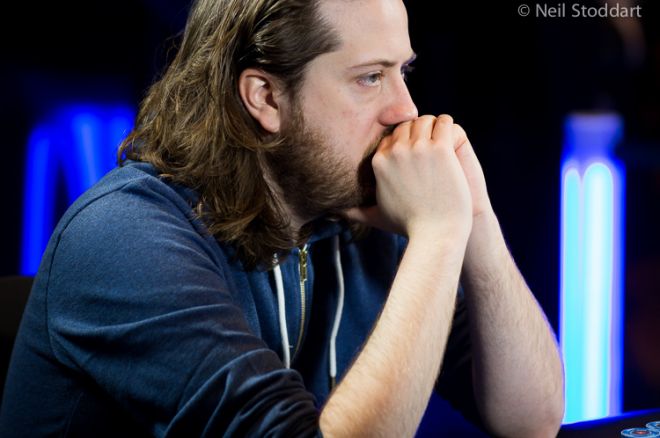 Steve O’Dwyer joins the top 10 of the GPI 300 this week, jumping up four spots to No. 8. In June of 2012, O’Dwyer peaked at second in the GPI 300, and he ranks fourth in the United States. In March, he reached the final table of the European Poker Tour London Main Event, finishing fifth and earning $219,704.

O’Dwyer has recorded seven six-figure scores since December of 2011, including wins at the 2011 Bellagio Cup and the World Poker Tour National Series Denmark.

David “Doc” Sands moved up three spots to number seven thanks to a cash in the WPT bestbet Open and a runner-up finish in the WPT Seminole Hard Rock Showdown High Roller.

Adam Levy leads the nine new players in the GPI 300 this week, sitting at 211. Levy made the final table of a €500 side event at WPT Barcelona, and cashed in the EPT Berlin Main Event.

Nam Le also snuck into the GPI 300 this week, creeping up to 298. In April, Le, a member of the WPT Champions Club, finished fourth in the APT Philippines Main Event, earning $34,800.

Matt Giannetti made the largest leap this week, jumping 42 spots after finishing 22nd in the WPT bestbet Open. David Tuthill, who also cashed in that event, also made a big jump in the rankings, moving up 39 spots into 141st place.

Canadian Sam Chartier took the biggest hit this week, falling 47 places. Chartier hasn’t cashed in an event since November of 2012, and his last six-figure score came in May of 2011.

Italian Andrea Dato also fell far, dropping 27 spots. Dato has two four-figure scores in 2013, and hasn’t had a six-figure score since the 2011 World Series of Poker.