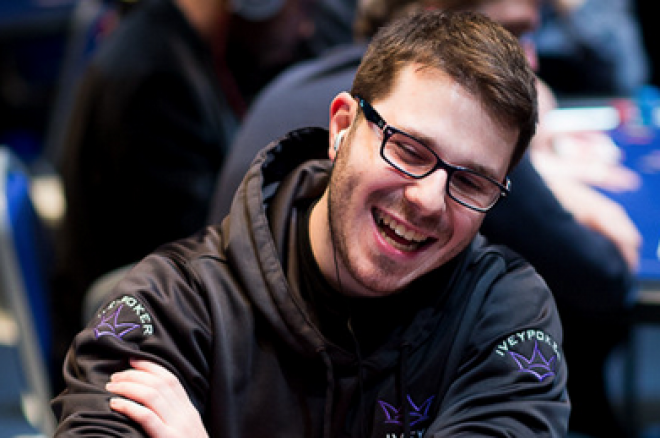 On Monday, the PokerStars and Monte-Carlo® Casino European Poker Tour Grand Final kicked off with Day 1a of the Main Event. Leading the remaining 53 players is Dan Smith. After "some bluffing and two full houses" after the dinner break, he bagged 136,500 chips, and biting at his heels are Pablo Fernandez, Freddy Deeb, Arlo Dotson, and Team PokerStars Pro Jake Cody.

Only 108 players turned up for the first of two flights here in the beautiful city of Monaco, which is 163 players short of last year. In order to reach the same number of players that played in the Season 8 EPT Grand Final, Day 1b will need to attract 557 players.

Among the few participants today was Season 9 EPT Player of the Year leader Jan Bendik. Bendik, who currently holds a near 1,000-point lead over Kent Lundmark (although the EPT Berlin points have yet to been calculated), got off to a nice start and busted both Alex Bilokur and Richard Milne. Bilokur moved all in on the turn with two pair, only to be snapped off by Bendik who held Broadway. The river was a brick, and the Season 8 PokerStars Caribbean Adventure $25,000 High Roller winner was eliminated.

Bendik finished the night with 108,900 chips, and is looking to finish the season out strong and ship the POY award.

Cody finished Day 1a among the leaders. In the penultimate level of the evening, he won a very strange pot off of Swede Daniel Carlsson. After check-calling bets from Cody on the flop and the turn, Carlsson appeared to have check-raised Cody on the river. The bet was less than double Cody's, but enough to make it a raise, yet Carlsson opted to open up his hand, revealing a pair of jacks. Confused, Cody did the same, tabling a pair of aces, and the Brit picked up the pot.

Cody was one of the few players who crossed the six-figure threshold, and will return on Day 2 119,000 chips.

Dotson ended the day on 127,100, later finishing off Rettenmaier and Raskin was eliminated as well.

Rousso was crippled in a very interesting hand. According to Pratyush Buddiga, Ignat Liviu opened to 1,200, Rousso three-bet to 3,200 out of the small blind, and Liviu four-bet to 8,000. Rousso called. Rousso then check-called on every street, including the river where Liviu moved all in for 22,375. Liviu showed two queens for a rivered set of queens, and, to her disappointment, Rousso was forced to show jack-six off suit for fourth pair.

Minutes later, at a new table, Rousso found her self all in with king-deuce of spades on a two-spade flop. She could not best her opponent’s top pair however, and she was eliminated.

Becker was eliminated with unknown action on the last hand of the evening.

Day 1b of the EPT Grand Final Main Event will begin on Tuesday at 12:00 CET. Be sure to follow PokerNews.com for all of the up-to-the-minute updates from the tournament floor, and if you’re playing in the event, don’t be afraid to contribute to the blog using the My Stack app, available for both iPhone and Android users.