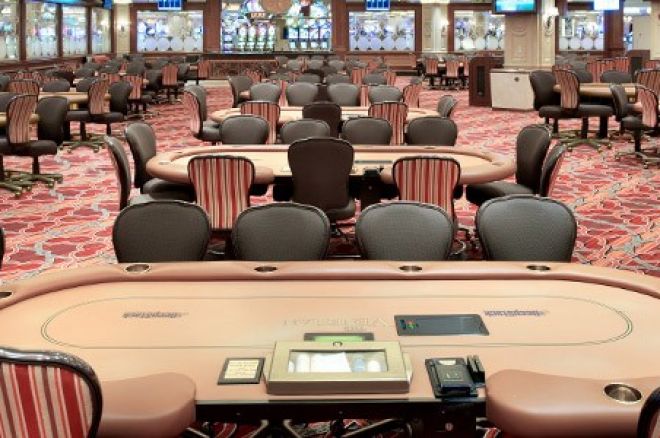 There's no doubt that the World Series of Poker is the center of the poker universe every summer. With 62 bracelet events plus deepstack tournaments and satellites running daily, there's no shortage of tournament action at the Rio All-Suite Hotel and Casino in Las Vegas.

Over the years, though, a number of other properties have created tournament series that run alongside the WSOP, giving players plenty of alternatives throughout the summer. Whether you're a low-limit grinder or a high-stakes pro, your options are seemingly endless.

Are you making a trip to Las Vegas this summer? If so, which tournament series is best suited for you? We take a look at some of the most popular spots during the summer of 2013 in Las Vegas.

As one of the largest and most respected poker rooms in Las Vegas, the Venetian and its Deep Stack Extravaganza series is always among the favorites in Sin City. The room offers several Deep Stack series every year, none more popular than the summer version. This year's Deep Stack Extravaganza III takes place from May 23 through July 21, offering more than 225 events across a wide variety of games and formats. At least three tournaments will be available daily at the Venetian Poker Room (pictured above) and inside thePalazzo Hotel and Casino.

A good example of the diversity of the series is that it kicks off with a $400 Omaha eight-or better at 11 a.m. on May 23. The flagship event, a $5,000 buy-in no-limit hold'em Main Event, begins at noon on Saturday, July 13. The two-day series has attracted some of the best poker players in the world in recent years. Last year, Tim West took it down for $444,165 after besting a final table that included Shannon Shorr, William Reynolds, Matt Salsberg and Kevin Saul.

The daily noon tournaments will feature no-limit Hold’em and the daily 4 p.m. events will offer a series of special tournaments such as heads-up, shorthanded, and turbo no-limit formats with a dash of pot-limit Omaha.

Buy-ins range from $130 to $350 with a few $560 tournaments sprinkled in the mix. The Caesars Palace Mega Stack Series Main Event is a more affordable version of the $10,000 buy-in for the World Series of Poker Main Event. At just $1,080 you can take your shot at winning big money for a tenth of the price than the WSOP. Players start with 30,000 chips and have plenty of play with one-hour blind levels. The main event also features re-entry until the sixth level of each starting day.

For a full schedule of events, visit CaesarsPalace.com.

For the hardcore grinders out there, the Grand Poker Series at the Golden Nugget might be your ticket to a profitable summer. The series, which takes place off the strip in downtown Las Vegas, features more than 300 tournaments from June 1 through July 4.

The series is headlined by a two-day $1,080 Main Event that awards a gold and diamond "Poker Shark" bracelet to the winner. There will also be a Poker Player Newspaper Championship, a $600 no-limit hold'em tournament, which will hand out a championship gold ring and trophy to the winner (on top of the prize money).

The Binion's Poker Classic is other big series taking place in downtown Las Vegas. Formerly the home of the WSOP, Binion's is back for the seventh year of its summer classic with 47 events from May 25 through July 7.

Players can feel the ambiance of poker's birthplace during each event inside the Binion's poker room. Events range in price from $125 to $1,000 with a wide variety of games on the slate. You can find stud, stud hi-lo, H.O.R.S.E., pot-limit Omaha, limit and pot-limit Omaha hi-lo tournaments, in addition to multiple formats of no-limit hold'em. The Binion's Poker Classic truly offers as much variety as any of the series outside of the WSOP.

Most tournaments on the schedule have 40-minute blind levels with starting stacks of 15,000 or 20,000, but the $1,000 events have 60-minute levels and 30,000-chip stacks. This year's series offers three $1,000 two-day events; previous Binion's Classics have only included one on the schedule.

The full Binion's Poker Classic can be found at Binions.com.

It's one-tenth the size of some of the other series during the summer, but the Wynn Summer Classic still draws big numbers. This year's installment takes place from June 7 through 26 with 30 events on the schedule, most of the no-limit hold'em variety.

For a complete look at the Wynn Summer Classic schedule, check out WynnPoker.com.

Tomorrow we'll be taking a closer look at the Rio Daily DeepStacks events, so keep it locked in to PokerNews.com for our lead-up coverage of the 2013 World Series of Poker!