Global Poker Index: Joseph Cheong Moves to No. 2 in the Top 300 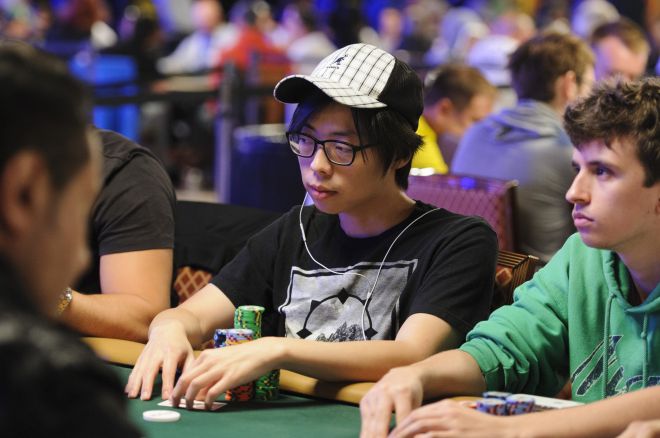 Each week, the Global Poker Index releases a list of the top 300 tournament poker players in the world using a formula that takes a player's results over six half-year periods. The GPI also ranks the top performers of the year over two six-month periods as calculated by the USA Today Global Poker Index point system.

For a look at both lists, visit the official GPI website.

There was no change in the top 10 of the GPI POY race this week. Outside of the top 10, Ashton Griffin moved up 37 spots to No. 89, and Matt Waxman jumped 45 spots to No. 93. Both players cashed in the 2013 Florida State Poker Championship, with Waxman finishing 15th and Griffin 23rd.

While there are no new players in the top 10, there was certainly a lot of movement within the top 10. Joseph Cheong now sits in second behind Jason Mercier, who remains in the top spot. After the conclusion of the 2013 World Series of Poker, Cheong finished 23rd in the $5,000 Deep Stack Extravaganza III Main Event.

Also moving up within the top 10 is Canadian Daniel Negreanu. Negreanu now sits at No. 3, and is directly followed by fellow Canadian Mike Watson.

Taking the biggest hit within the top 10 is German Philipp Gruissem. Gruissem has only cashed in two events since April.

Daniel Neilson joins the GPI 300 at No. 232, thanks to a final table appearance Down Under. Neilson finished eighth in the ANZPT Queenstown Snowfest Main Event, earning NZ$12,750. Also returning to the GPI is pro Tommy Vedes. Vedes cashed three times at the 2013 WSOP, including a 10th-place finish in the ante-only event, and he won the World Poker Tour Seminole Hard Rock Showdown in April for $779,520.

Yngve Steen rocketed up 66 spots to No. 230 this week. The Norwegian made a final table at the 2013 WSOP and finished fourth in a €880 pot-limit Omaha event at the JP Masters and Norwegian Championships. Also making a big jump is Nick Wong. Wong made two deep runs at the Asian Poker Tour Macau, finishing 11th in the main event for $10,570 and fourth in the high roller for $15,867. Wong won the GuangDong Asia Millions Warm Up early this year, earning $553,633.

Also making moves is WSOP Player of the Year leader Matthew Ashton. Ashton, who made four final tables this summer and won the Poker Player’s Championship, moved up 30 spots.

Taking the biggest hit this week was Frenchman Eric Sfez. Sfez fell 86 spots and sits at No. 300 after only cashing eight times in the past two years. Also taking big hits were Walid Bou Habib and Elio Fox, who plummeted 62 spots and 61 spots, respectively.