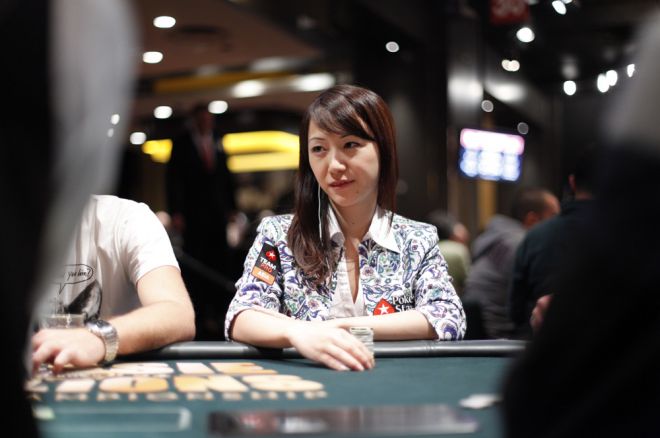 Over the weekend, Team PokerStars Pro Celina Lin earned her fourth Macau Poker Cup title by winning the opening event of the series running Aug. 9-18, 2013. The HK$2,000 Deepstack No-Limit Hold'em field garnered 205 players, but at the end of it all it was Lin standing alone at the top with the HK$85,800 first-place prize.

Not only was this win an impressive fourth MPC title for Lin, but she also reached another milestone by making the final table. In doing so, Lin became the first player to reach 20 final tables in official Asia Player of the Year events.

"Those 20 final tables are an impressive number and doesn't even count the final tables she's made before the APOY scoring system was introduced in 2009," said Dom Choi in a press release, Team PokerStars Manager for Asia. "It's a credit to her consistency and hard work."

Lin's road to her fourth MPC victory wasn't easy as she was faced with a 3-1 chip deficit against her heads-up opponent Hazel Chui of Hong Kong. After working her way back into the lead, Lin finished the job following a little bit of good fortune. Following a flop of

, Lin and Chui got all the money in. Chui was at risk with the smaller stack, but held the bigger hand with the

for top pair. Lin held middle pair with the

. As fate would have it, the

on the turn landed Lin with trips and gave her the lead. The

on the river finished the Team Pro with a full house, securing her as champion.

"The milestone is nice and it's always very gratifying to win a tournament." said Lin following her win. "But everyone comes to the Macau Poker Cup for one reason and that's to win the Red Dragon. I want to continue to play well and take that momentum heading into the main event."

The Red Dragon Main Event is something Lin is very familiar with. Having won the event twice — first in 2009, then again in 2012 — Lin has plenty of experience on her side for that event. First things first, though, and Lin will be looking to add a fifth MPC title in one of the other preliminary events leading up to the HK$11,000 Red Dragin Main Event. To view the entire schedule of events, head over to the PokerStars Macau website.