Seven Rookies to Watch at the 2014 World Series of Poker 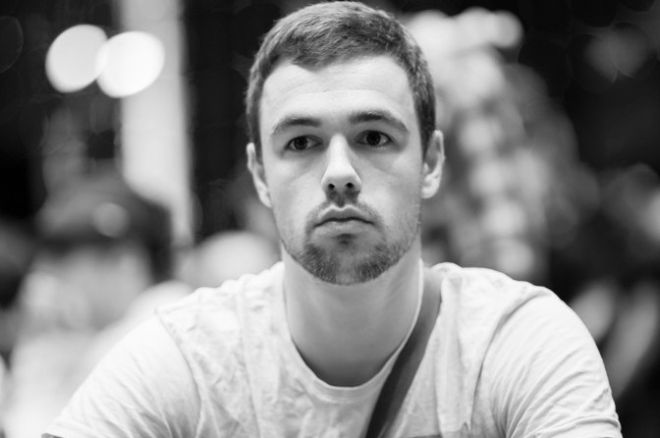 While poker legends like Daniel Negreanu, Phil Ivey and Phil Hellmuth are still in their prime and at the forefront of the current poker scene, it's always fascinating to look at the future superstars of the game. With the World Series of Poker right around the corner, there's no better time than now to look ahead and project which newcomers could make a splash in their first trip to Las Vegas.

Every year, the PokerNews team puts together a list of rookies to keep an eye on during the WSOP. Whether these talented young guns have dominated online or found success at live events outside of the U.S., or simply haven't taken their skills to the WSOP just yet, all of them will look to make an impact on poker's biggest stage this summer. And the poker world will be watching.

Among the rookies we've featured in the past include Annette Obrestad, Viktor "Isildur1" Blom, Dan "Jungleman" Cates, Dominik Nitsche, Mickey Petersen, Toby Lewis and Mike McDonald. Some of them fizzled in their first attempt at a bracelet, but others, like Nitsche (who won a bracelet), lived up to the hype.

This year's rookie class just might be the best yet. As you probably already guessed, the group is headlined by a young German who truly needs no introduction.

Schemion ranks up there with Tom Dwan, Viktor Blom and Annette Obrestad as the most hyped newcomer to arrive at the WSOP. The 21-year-old German is already considered one of the world's best no-limit hold'em players, climbing all the way to No. 1 on the Global Poker Index after scooping major tournament wins in Germany, France, The Netherlands, Lebanon, Monaco, France and Italy. He also outdueled Daniel Negreanu to win the GPI Player of the Year award in 2013, and secured the EPT10 Player of the Year award at the Grand Final in Monte Carlo this month.

The wunderkind has already accrued more than $5 million in live tournament winnings, with his biggest cash coming at the 2012 Partouche Poker Tour Main Event where he claimed the title and a €1,172,850 top prize. His dominance his been consistent, too, as he's earned more than $1 million in each of his first three years playing live tournaments.

In addition to his success on the live tournament circuit, Schemion has mastered the virtual felt. Playing as "wizowizo," he finished first in PokerStars' 2011 Tournament Leaderboard which earned him a $50,000 PokerStars Passport, available for use in any of PokerStars' live events. He's also claimed titles in the PokerStars Super Tuesday and various other tournaments online.

How is Schemion finding so much success? By using an unpredictable, hyper-aggressive style, according to some of his peers. Take a look at this hand he played against Steve O'Dwyer at the 2013 EPT Barcelona Super High Roller.

Schemion confirmed to PokerNews that he will be playing at the WSOP this summer, but probably won't make the trip to Vegas until the end of June. No matter how many events he plays, he'll be on our radar as soon as he steps inside the Rio.

Panka, who hails from Poland, came out of nowhere to win the 2014 PokerStars Caribbean Adventure Main Event in January for more than $1.4 million, defeating none other than Mike McDonald heads up for the title.

Some called it a fluke. After all, how does an unknown kid dominate one of the biggest tournaments of the year?

They were wrong. Less than a month later, Panka won the 2014 PokerStars.fr EPT Deauville High Roller and added €272,000 to his 2014 earnings. He followed that up with two more final table appearances in Vienna in March, completely silencing any "one-hit wonder" talk.

Suddenly, Panka was a household name in poker circles, as well as the man to chase down for all of the various Player of the Year honors.

We're still not sure if Panka is planning to visit Las Vegas this summer. He told PokerNews' Sarah Grant that he hasn't decided if the WSOP will be on his agenda. But we have a hunch that he'll hop a flight to Sin City at some point during the eight-week poker festival.

Learn more about Panka by watching his Google Hangout with Sarah Grant or reading the feature piece by Chad Holloway.

This kid has stardom written all over him, but not many have taken notice. Yet.

Berglund, a 21-year-old online sensation from Sweden (sound familiar?), is the No. 1 ranked player on PocketFives.com's Worldwide Tournament Rankings, accruing more than $3.7 million on the virtual felt over the past three-plus years. He plays as "superkid-bam" on PokerStars and "lukethafluke" on Full Tilt Poker. On Sunday, he won the Sunday Brawl for $49,080, marking his sixth career score of $40,000 or more.

Online is where Bergland has done most of his damage, but he's no slouch on the live circuit either. At the age of 18, the Swede became the youngest player to ever claim a World Poker Tour title when he won the WPT Spanish Championship for €206,000. Incredibly, that marked the first cash of Berglund's live poker career.

Berglund has shown that he knows how to make a first impression, and will look to do so again when he touches down in Las Vegas for the first time this summer.

Take a look at Berglund's interview with PokerNews' Jennifer Robles during the EPT10 Sanremo Main Event, where he eventually finished 11th for €34,480.

We were surprised to learn that the 24-year-old Westmorland has never played in a World Series of Poker event in Las Vegas before. Originally from Seattle, Wash., Westmorland moved to Thailand after Black Friday in order to continue his online poker career. He has since moved to Australia, with very few trips back to the U.S. in between.

That will change this summer. Following a third-place finish in his first-ever European Poker Tour Main Event in Sanremo last month, Westmorland will look to make the same splash at his first WSOP at the Rio. PokerNews confirmed that Westmorland and a group of friends have rented a house in Las Vegas for a month during the WSOP.

Westmorland has been racking up huge online scores for several years under the screen name "JWPRODIGY." According to PocketFives, he has more than $2 million in career online winnings, with his biggest score coming last August on PokerStars where he won the Super Tuesday for $111,747. That marked his biggest career cash until the EPT Sanremo score in April.

Booming with confidence and a bigger bankroll, Westmorland is a player to keep an eye on at the 2014 WSOP.

Here's another German with a big online résumé. Under the names "Tight-Man1" on Full Tilt Poker and "26071985" on PokerStars, Vogelsang has been one of the most consistent winners at the high-stakes cash game tables despite going head-to-head against players like Viktor Blom, Phil Ivey, Ben "Bttech86" Tollerene and Doug "WGCRider" Polk.

According to HighStakesDB.com, Voglesang has earned more than $2.1 million at Full Tilt Poker over the past year. But his while cash game accomplishments are well documented, Vogelsang only has two recorded live tournament cashes to his credit, one of which came at last year's EPT London Super High Roller where he finished third for £383,200.

Vogelsang hopes to make a big splash in Vegas this summer, starting with the $1 million buy-in BIG ONE for ONE DROP. He has already confirmed his participation for that event, and he told PokerNews' Chad Holloway that he plans on playing five or six additional events. He will miss the Main Event, however, due to a prior engagement.

Four years ago, PokerStars hosted one of the largest Sunday Million tournaments ever, a $4 million guaranteed tournament which saw Michael "RichieRichZH" Friedrich walk away with the $1.1 million top prize.

A young Bilic was playing a freeroll on PokerStars while he railed Friedrich's victory, in awe of the amount of money that was being awarded. The next day Bilic deposited $20 on PokerStars. The rest, as they say, is history.

"I was fortunate enough to hit it off with an upswing and never needed to deposit again," Bilic told PokerNews.

Today, Bilic is one of online poker's most successful tournament players. The 21-year-old poker pro from Bosnia and Herzegovina is ranked 16th (previously as high as 7th) in the world at PocketFives, racking up winnings of more than $1.4 million as "lilachaa" on PokerStars and Full Tilt Poker. Among his biggest scores include a victory in the PokerStars Sunday 500 for $79,740, a heads-up chop in the PokerStars Sunday Supersonic for $47,880, and a win in the PokerStars Bigger $162 for $41,464.

Bilic only has one live cash on his record to date, but he told us he'll be playing as many as 20 tournaments in Las Vegas this summer, including the Main Event. The youngster is excited about making some deep runs at the 2014 WSOP.

"It would definitely be a dream come true to win a bracelet, and I will most certainly give it my best," he told PokerNews. "I'm planning to play as many events as I can, but I'm obviously most excited about the Main Event. The structure is simply perfect and I can't wait to try my luck in it. I will also look to have some fun, on and off the tables, and hopefully, meet a lot of interesting people!"

Moolhuizen has been tearing up the online poker tournament scene for years, winning majors left and right. Playing under the moniker "KeyserMM" on PokerStars, he's claimed victories in the Sunday Million, Sunday Warm-up, and Sunday $109 Rebuy, and was also part of a five-way chop in a $1,050 WCOOP event which netted him $212,149.

The Dutch pro also boasts a big win on the live circuit, winning the 2011 Unibet Open Malta tournament for €117,000. That was the first cash of his career and still his largest to date, although he has accrued nearly $350,000 in live tournament winnings since his breakthrough win.

The 24-year-old Moolhuizen will be making his first trip to Las Vegas and is expecting to play a full schedule of WSOP events, according to PokerNews.NL's Frank Op de Woerd. Don't be surprised if he takes some hardware back to The Netherlands.


Did we miss anyone? Let us know which rookies you'll be watching when the 2014 World Series of Poker kicks off next week!