Play in the PokerStars MicroMillions and Earn a Seat to a $50,000 Freeroll 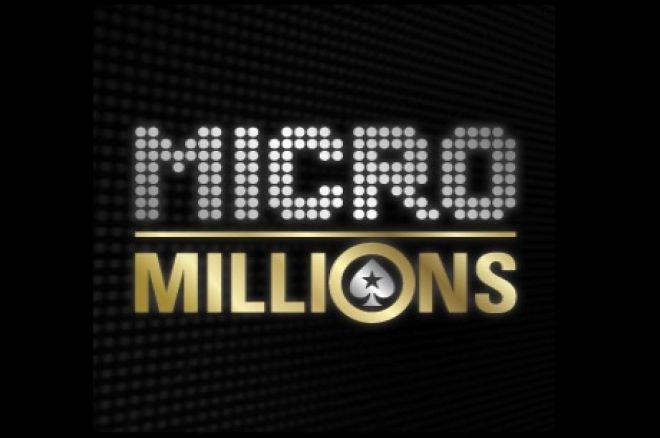 PokerStars is giving away tickets to a $50,000 freeroll exclusively to MicroMillions players! Download PokerStars now to take part in the brand new series!

If you enjoy playing micro tournaments, PokerStars is launching a brand new tournament series that could give your bankroll a huge boost. The PokerStars MicroMillions runs from March 15 through 25 and is offering $5 million in guarantees across 100 events with buy-ins starting at just 11 cents!

To celebrate the inaugural series, PokerStars will credit your account with a ticket to a special $50,000 freeroll on April 1 if you play in at least five MicroMillions events. The freeroll is exclusive to MicroMillions players, and gives you great added value for your event buy-ins!

MicroMillions events will run around the clock during the 11-day series, which will culminate with a $22 MicroMillions Main Event with a $1 million prize pool on Sunday, March 25. Every day, players will have the opportunity to compete in a $1 tournament with up to $100,000 in guarantees, plus a great selection of $2, $3, $4, $5, $8 and $10 events!

Most of the events will be no-limit hold'em, but the series will also feature games like pot-limit Omaha, Omaha hi-low, draw, and stud. Players will be able to find formats such as turbos, rebuys, shootouts, knockouts, and big ante events.

For more information on this exciting promotion, visit PokerStars.

Sign up for a PokerStars account now and remember that by entering the marketing code "POKERNEWS.COM" and the bonus code "STARS600" you will be able to claim a 100% match up to $600 first deposit bonus, be able to qualify for the $50,000 MicroMillions Freeroll, and be eligible for any future promotions we have on PokerStars.