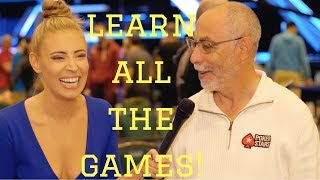 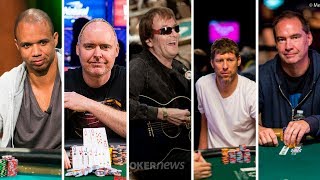 Who Should Be Nominated For 2017 Hall of Fame? 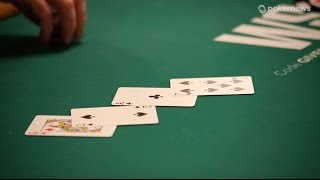 Barry Greenstein is an American professional poker player from Chicago, Illinois. He is widely recognized as “The Robin Hood of Poker” for donating big parts of his poker winnings to charity. Greenstein has three World Series of Poker bracelets in his trophy collection as well as two World Poker Tour titles.

Barry is a very professional player and never seems to lose his cool at the table, even if he does lose the occasional $1 million pot on an episode of High Stakes Poker. Maybe not the most intimidating player at the table, Greenstein employs a calculated and very analytical approach to that game that makes him a feared force by the other members of any table he sits down at.

Barry Greenstein was born in Chicago, Illinois and exposed to cards by his father while he was growing up. Although Barry found love for the games of gin rummy and hearts, it was poker that provided him with a way to earn some extra income while growing up. After graduating high school, he earned a computer science degree from the University of Illinois at Urbana-Champaign before going on to study for a mathematics Ph.D. Greenstein never did fully complete his Ph.D. studies. Instead, he relocated to California and began working for a company called Symantec. By the age of 36, Barry realized he could give up his day job and focus on poker full time.

Working hard and putting in long hours on the felt allowed Barry to make huge strides with poker, but it wasn’t until 2003 that he really won something big. In March of that year, Greenstein took first place in Larry Flynt’s Poker Challenge Cup for an enormous payday of $1 million. After winning the tournament, he decided to take a large chunk of the money and make a donation to a charity. Greenstein did just that, giving a large percentage of his winnings to charity. This is where his nickname “The Robin Hood of Poker” stemmed from. Still to this day, Greenstein uses his tournament winnings to donate to various charities and do his part.

In 2004 Greenstein captured his first WSOP bracelet in the No-Limit Deuce-to-Seven Lowball event for almost $300,000 in prize money. One year later he scored a second one by winning the $1,500 Pot-Limit Omaha event for more than $120,000. His third WSOP trophy came in 2008 when Greenstein took down the $1,500 Seven Card Razz tournament taking home almost $160,000 in cash.

With three WSOP bracelets and two WPT titles Greenstein only has the European circuit to conquer in order to put the poker's “Triple Crown” on his head. Although he has one first-place finish in an EPT tournament, it wasn't the one that would name him the EPT champion. In 2008 Greenstein won the €10,000 Stars of Poker event at the EPT Grand Final in Monte Carlo for a €50,000 payday.

In 2003 Greenstein won the $125,000 Million Dollar Seven Card Stud Tournament at the Larry Flynt's Poker Challenge Cup in Gardena and took home a cash prize of $770,000. Then a year later he took down the $2,500 No-Limit Hold'em tournament at the Bellagio Five-Star World Poker Classic for 215,969 in prize money. Barry is also a staple in the “Big Game” at the Bellagio with the likes of the late Chip Reese, Doyle Brunson, Phil Ivey, and Chau Giang.

Greenstein is a member of Team PokerStars Pro.