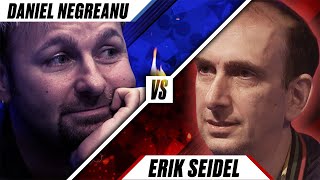 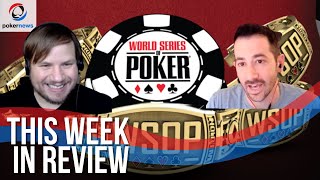 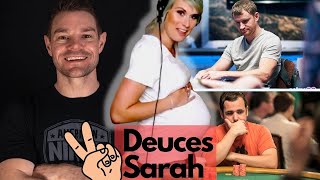 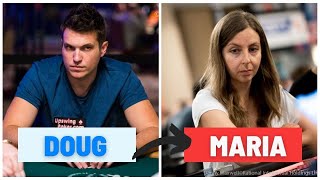 Daniel Negreanu could easily be the most recognized face in poker today. He has an immense passion for the game and a cunning ability to read his opponents. Although this may make Negreanu out to be a tough, unapproachable player, “Kid Poker” is light-hearted, friendly, and good-natured both on and off the felt.

Daniel Negreanu was born in Toronto, Ontario, Canada in 1974. He started playing poker when he was 21 years old is widely considered to be one of the best players in the world. Over the course of his career, he has won six WSOP bracelets, two WPT titles and has amassed over $42 million in live earnings.

Negreanu is currently a GGPoker Ambassador having formally been a Team PokerStars between 2007 and 2019.

The native of Toronto, Canada, Negreanu got his start in gambling as a young teenager hanging out in pool halls, hustling, betting on sports, and also playing cards. With the encouragement of his parents to always chase his dreams, Daniel decided school just wasn’t in the cards for him. He left high school just one credit short of graduation to focus on poker.

After cleaning up around town, Negreanu decided to head out to Las Vegas at the age of 21. You might think that was all she wrote, but it wasn’t that easy. Daniel only lasted in Vegas for several months before having to return home to Toronto. After taking some time to re-establish his bankroll, it was time to take another shot at it. He may have been broke, but his dreams weren’t shattered just yet.

In 1998, at the age of 23, Negreanu entered his first World Series of Poker and became the youngest WSOP champion ever after winning the $2,000 Pot-Limit Hold’em Event. Negreanu kept the title of youngest champion until 2004. He was named the player of the year at the 2004 WSOP after he took home another bracelet and netted multiple other cashes.

In 2008 Negreanu added a fourth WSOP bracelet to his collection, before adding two in 2013 in spectacular fashion. He first won the 2013 WSOP APAC Main Event for over A$1 million and followed that up later the same year with victory in the WSOP Europe €25,600 High Roller for his sixth bracelet.

The World Poker Tour marks two of Negreanu's biggest tournament cashes both of which he scored in 2004. First he won the Borgata Poker Open $10,000 No Limit Hold'em Final Day event in September taking home more than $1.1 million and just three months later he took down the Five-Diamond World Poker Classic $15,000 Championship event in Las Vegas for over $1.7 million. Earlier that very same year Negreanu had another big payday when he finished in the runner-up position at the PartyPoker.com Million III Limit Hold'em Cruise, $7,000 Limit-Hold'em Championship Final Day event collecting almost $700,000.

The European soil has been relatively successful for Negreanu as well. In 2012 he scored three big EPT cashes, although one of them was achieved in the Caribbean islands. Just like in 2011 when Daniel scored one of the biggest tournament cashes of his career after finishing second in the European Poker Tour PokerStars Caribbean Adventure $100,000 Super High Roller Event. He collected a second place prize of $1 Million after loosing the heads-up match to Eugene Katchalov.

Then in 2012 he came back to the Paradise Island for some more and took home just over quarter of a million dollars after finishing in fifth place at the $100,000 Super High Roller event. Just a few months later Negreanu went to Monte Carlo for the EPT Grand Final and first final tabled the €98,500 8 Max Super High Roller Reload and then finished second in the €25,000 8 Max High Roller event just a few days later. The two events gave Negreanu's bankroll a boost of almost one million euros.

In 1999 Negreanu won the $7,500 Texas Hold'em Championship Event at the United States Poker Championship in Atlantic City for $210,000. His other notable unbranded tournament finishes include winning the Championship Poker at the Plaza in Las Vegas, $10,000 No-Limit Hold'em event for $310,000 back in 2004 and taking down the C$ 2,500 No-Limit Hold'em tournament in the British Columbia Poker Championships in Richmond for C$ 371,910 in 2008. Negreanu is also known for appearing on many TV poker shows such as Late Night Poker, Poker After Dark, and High Stakes Poker.

Negreanu is a GGPoker Ambassador having joined in November 2019. Previously he had been a PokerStars Team Pro from June 2007, but left the site in May 2019.

Want to stay up-to-date on all the latest GGPoker news right here on PokerNews? Why not try out the GGPoker Hub!

Don't have an account with GGPoker yet? Don't worry! Sign up through PokerNews and you will receive a welcome bonus worth up to $600. Your first deposit is matched 100% up to a maximum of $600!
The bonus releases into your account in $10 increments each time you earn 6,000 Fish Buffet Points, which is the equivalent of $60 in rake or tournament fees.