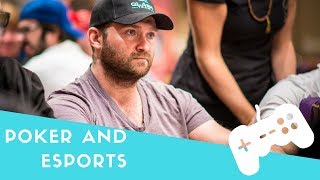 Why Is Eugene Katchalov Late to the World Series of Poker? 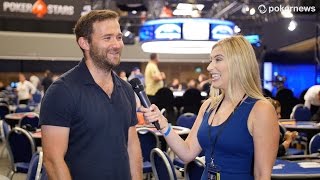 US Politics Abroad with Eugene Katchalov 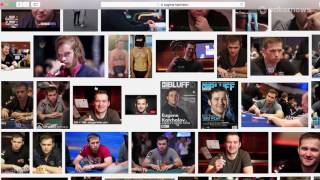 Eugene Katchalov is an American professional poker player of Ukrainian descent. Katchalov has one major poker title in his collection which he won at the 2011 World Series of Poker. He also boasts the biggest cash out in a non-championship World Poker Tour event. With more than $7 million in live tournament winnings, Katchalov is considered one of the best high stakes poker players in the field. He is also a member or Team PokerStars Pro.

Katchalov was born in 1981 in Kiev, Ukraine, but moved to Brooklyn, New York with his parents at the age of 10. He started playing poker professionally when he turned 22 and a year later Katchalov entered his first major poker tournament, the 2004 World Poker Tour Five-Diamond World Poker Classic $15,000 Championship event.

Katchalov went to live to the United States with his parents when he was just ten years old and grew up in Brooklyn, New York. That's where he learned to play poker. Before he started playing poker professionally, Katchalov graduated with a business degree from New York University. Then in 2004 he hit the live tournament circuit and has been playing it ever since.

Katchalov collected his first World Series cash in 2005 when he finished in the money in two events for a total of $10,000. However, his big WSOP breakthrough was at the 2008 World Series when Katchalov cashed in five events including the fifth place at the $10,000 Omaha Hi-Low World Championship for more than $110,000. He then added six more money finishes the next year making another final table at the $1,500 No Limit Hold'em / Shootout event and collecting $178,857 for the 39th place finish in the Main Event.

In 2010 Katchalov scored four WSOP cashes three of which came off the final tables. He took home a total of $540,000 in winnings that summer. However, Katchalov's big moment came at the 2011 World Series in which he won his first bracelet. Katchalov took down the $1,500 Seven Card Stud event collecting just over $120,000 in cash. Then in 2012 he took six more WSOP cashes for a total of $146,000 in winnings.

Although Eugene Katchalov has the record of winning almost $2.5 million in a WPT event, he still has to win the Championship title. In 2007 he bested the Doyle Brunson Five Diamond World Poker Classic $15,000 Doyle Brunson Classic No-Limit Hold'em event for $2,482,605 and still holds the title of the biggest payday in a non-championship WPT event.

Katchalov has a number of final table finishes in EPT events as well as a Super High Roller title, however, no Main Event wins still leave him absent from the EPT winner's club. In 2011 Katchalov crashed the EPT PokerStars Caribbean Adventure winning the $100,000 Super High Roller event for $1.5 million at first and then finishing runner-up in the $10,000 High Roller for just over $130,000.

In April 2007 Katchalov won the $2,500 Super Satellite event at the Fifth Annual Five Star World Poker Classic in Las Vegas collecting $25,700. Then in June he took down the $5,000 No-Limit Hold'em tournament at the Bellagio Cup III in Las Vegas for $118,785 in first-place prize money.

Eugene Katchalov is a PokerStars sponsored player and a members of the Team PokerStars Pro.