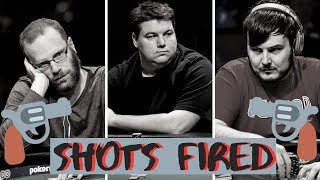 2019 World Series of Poker News: They Hurt The Equity of the Game 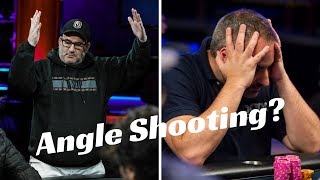 What Has Matusow and Glantz so Upset?

WSOP 2014: What Are You Looking Forward To More? The Poker Players' Championship of the Main Event

Matt Glantz is a professional poker player that plays regularly on the East Coast. Glantz is a former options trader before taking to poker full time. He regularly plays in the highest limits games in Atlantic City, most commonly at the Borgata.

Glantz cashed in his first WSOP in 2000, with just one tournament cash prior to that. Since then, he’s racked up more than $1.8 million in tournament earnings over the years. His best year came in 2008 when Glantz netted over $800,000.

At the United States Poker Championship Main Event in 2004, Matt placed seventh for over $45,000. The following year, he found himself in the money at the World Series four different times. In the $3,000 No-Limit Hold’em event that year, Glantz lost heads up to Andre Boyer. The second-place finish did earn him over $350,000, but not the gold bracelet. Coming out of the WSOP, Glantz continued his hot streak when he placed second at the $3,000 No-Limit Hold’em event at the Festa al Lago IV tournament in Las Vegas. With that finish, another $150,000 plus was added to his bankroll.

In 2007, Glantz scored big cashes with a third place in the United States Poker Championship, a win at the Trump Classic, and a fifth place at the Foxwoods Poker Classic. When 2008 rolled around though, the best year awaited for Matt.

First, he cashed in two events at the Borgata Winter Open for over $70,000 total. In the summer, the World Series was extremely profitable for Glantz despite having only two cashes. In those two cashes, he placed third in the $10,000 World Championship Mixed event and then placed fourth in the $50,000 H.O.R.S.E. World Championship, earning $184,992 and $568,320 respectively.

Matt also cashed in the PokerStars Caribbean Adventure and the WPT World Championship to kick off 2009.