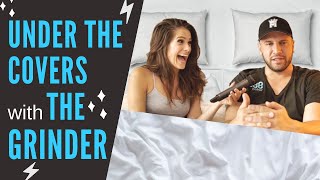 You Never Knew This About 'The Grinder' Michael Mizrachi 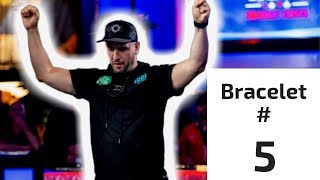 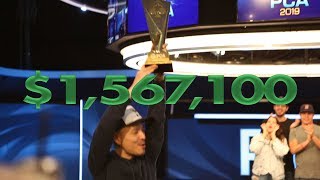 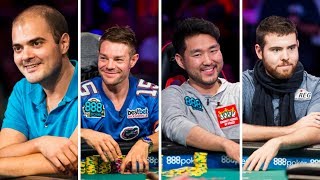 Michael “The Grinder” Mizrachi is known as one of the best overall poker players in the world. He has three WSOP bracelets in his collection two of which he won in the $50,000 Poker Players Championship events in 2010 and 2012.

Michael Mizrachi was born in 1981 in Miami florida. He is the younger brother of another famous poker player Robert Mizrachi, who was Michael's poker guide and mentor. Although Robert has a WSOP bracelet himself as well as 24 money finishes, his younger brother made it way further in the poker trophy list holding three WSOP bracelets and two WPT titles to his name.

Michael Mizrachi learned to play poker from his older brother, Robert. Robert showed his younger brother the ropes and helped him cut his teeth. Before long, Michael was working his way through the limits online becoming more and more successful. “The Grinder” got his nickname for having a solid, consistent style of play; always steadily “grinding” his way through tournament fields.

When he realized he could make some real serious money playing, Michael let his aspirations of becoming a doctor take the back seat to poker. He dropped out of college to play full time.

Cashes piled on year after year for “The Grinder”, but despite all his tournament success, he was yet to win a World Series of Poker bracelet. Michael came close in 2008 when he held the chip lead going into the final table of the $10,000 Pot-Limit Omaha World Championship, but ended up finishing third. But then in 2010, Mizrachi finally won his first bracelet in the $50,000 Player's Championship event, winning $1,559,046, with his older brother, Robert Mizrachi, finishing 5th in the same event. Michael then proceeded to make the November Nine of the 2010 World Series of Poker Main Event.

In 2011 Mizrachi won his second bracelet, only this time he did it on the European soil at the World Series of Poker Europe in Cannes, France. He ended up winning the €10,400 No-Limit Hold'em (Split Format) event taking home the bracelet along with the €336,008 cash prize. Then 2012 Mizrachi came back to Las Vegas for another great run at the $50,000 Poker Players Championship for his third bracelet and a cash prize of almost $1.5 million.

Michael Mizrachi made his name known in the poker community towards the end of 2004 and beginning of 2005. In December of 2004, The Grinder won an event at the Five-Diamond World Poker Classic II and followed that up with a fifth-place finish at the WPT’s World Poker Open. Just about a month later, Mizrachi grinded back to another WPT final table in the L.A. Poker Classic. This time around, he won the first place prize of over $1.8 million. Then in 2006 he scored another WPT title at the Borgata Winter Open $9,700 Championship where he outplayed the field of 381 players and took home more than $1.1 million in cash.

Mizrachi has also been featured on the television show High Stakes Poker. In 2006 Michael Mizrachi received the CardPlayer Magazine's Player of the Year Award. He’s a regular along the tournament circuit worldwide and has over $14 million in career winnings.