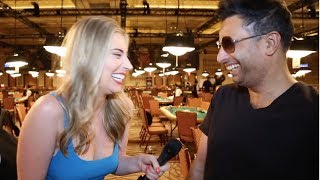 Will Nipun Java Survive the Bubble of the $1K Turbo World Series Of Poker Event? 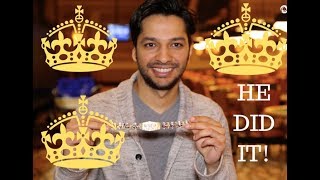 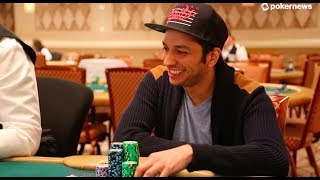 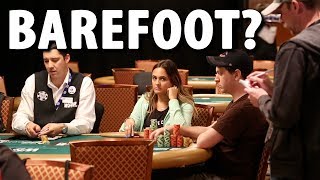 Keeping Calm Deep in a Tournament

Mohsin Charania discovered poker through friends while studying finance at the University of Illinois. Since then he's earned over $3.5 million playing online as "Chicagocards1" and just over $500,000 playing live tournaments.
In 2010, Charania won Event #20 in the PokerStars SCOOP series where he plays as "sms9231". The victory earned him $380,364, the biggest prize of his online career. Charania's first live cash was in 2008, in a $300 tournament at Caesars Palace in Las Vegas. Since then he's racked up nine WSOP cashes and six WPT scores, including the biggest payday of his career so far which came by way of a sixth-place finish at the 2010 World Poker Finals at Foxwoods Casino, good for $104,741. Charania has one previous EPT cash- a €15,000 46th-place run at EPT Deauville in February. Charania is already guaranteed the biggest result of his live career here in Monaco. Charania has spent the last two months traveling the live tournament circuit with close friend Faraz Jaka, who finished third in the 2012 PCA main event.