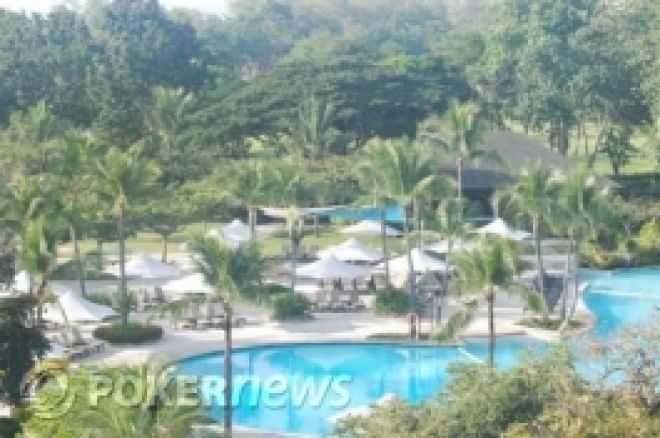 With a record field, the PokerStars.net APPT Cebu 2009 main event made history today as the biggest poker tournament ever held in the Philippines.

A total of 319 players entered the tournament, including a large contingent of the Philippines' top poker players. PokerStars Team Asia pro Neil Arce and Filipino poker pioneer Wally Sombero were among the many local players on hand looking to capture the championship on their home soil.

Also on hand were many well-known international players. Team PokerStars Asia pros such as Celina Lin, Tae Jun Noh, Bryan Huang, Jonathan Lin, and Tony Hachem all made the trip, as did players such as The Poker Pack member Nam Le, his brother Tommy, Tony Dunst, Dennis Huntly, and Tom Hall.

All in all, 158 players survived the two Day 1s to move on to today's action. They will all be looking to grab a piece of the approximately US $600,000 prize pool.

Be sure to catch all the action and live reporting here on PokerNews Asia!