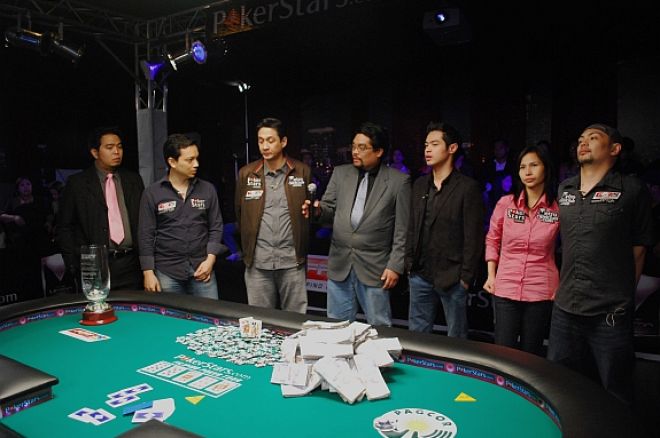 Antonio “Tonypet” Albano, who nearly had to miss the Filipino Poker Tour (FPT) Metro Anniversary Special tournament due to his hectic schedule, decided that he wanted to win the trophy so badly that he could not possibly turn down the opportunity.

He definitely made the right call.

Albano navigated a tough field of 530 players from the Philippines and around the world to become the last man standing at the Metro Anniversary Special, winning the top prize of Php 3,000,000. He took his big stack to the final table and made his presence felt by eliminating five other players.

His last elimination, of course, was the most important one. After Craig Heron from Canada had busted out in third place, it was a long, well-played heads-up showdown between Albano and runner-up Jade Triste. The deepest-placing female player in FPT history, Triste did not back down as she constantly used aggressive raises and bluffs to try and chip up her smaller stack.

As is the case in many heads-up battles, though, the fate of the match was decided by the luck of the draw. Facing a 5-1 chip deficit, Triste pushed all-in with

and got called by Albano with

. Slightly behind pre-flop, Albano took the lead when the flop came

to give him top pair. The turn and river did not improve Triste’s hand, busting her out in second place. She still walks away with plenty of consolation, though – Php 1,700,000 in prize money.

The FPT Metro Anniversary Special tournament was held at the Metro Card Club in Pasig City, Philippines from December 10-14, 2009. It featured a guaranteed prize pool of Php 10,000,000 for only a buy-in of Php 15,000 + Php 1,000. Aside from buying in directly, players also got the chance to win seats through the Metro Card Club’s daily live tournaments as well as online satellites that were held on PokerStars.

Here are the results and payouts for the final table: