Next Macau Poker Cup Gets Underway in March 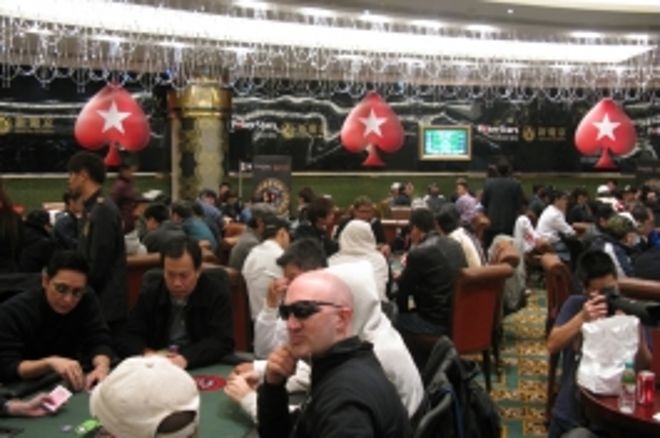 Fresh from its grand finale in December, the next Macau Poker Cup (MPC) gets underway from March 3-7, 2010 at PokerStars Macau at the Grand Lisboa Casino.

The upcoming MPC will once again feature the Red Dragon main event, which is guaranteeing a prize pool of HK $1 million. In addition, there will be the usual collection of side events, such as a knock-out bounty event and a charity tournament.

Players from Asia and all over the world are expected to take part in the MPC. PokerStars Team Asia Pro – Celina Lin, Bryan Huang, Jonathan Lin, Raymond Wu, Tae Joon Noh, and Daniel Schreiber – will be looking to make their presence felt at the event. In addition, the best players from Macau, Hong Kong, and other countries will surely be in attendance to try and take down first prize.

The last Red Dragon main event, in October of 2009, was won by Taipei’s “Kitty” Hui-chen Kuo. She bested a field of 247 players to win the tournament and take home HK $557,230 in prize money. Due to the large turnout, the tournament’s total prize pool ended up getting boosted to HK $2,321,800. With the popularity of poker growing in the region, even more players are expected this time around.

Players who participate in any MPC numbered events qualify for Asia Player of the Year (APOY) Leaderboard points. The 2010 APOY will win a one year sponsorship with PokerStars Macau.

As a warm-up for the event, PokerStars Macau will be featuring a free-to-enter Red Dragon satellite freeroll and a HK $4,000 KO Bounty Event from February 19 to 20. Players can also qualify for free through freerolls on PokerStars.net.

Qualify for the MPC on PokerStars now!