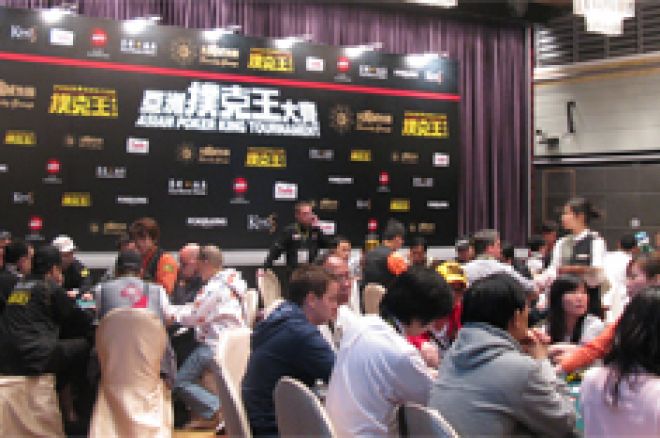 The Poker King Club’s Asian Poker King Event is off to a good start with two tournaments in the books.

With a sixty-one player field, the prize pool reached a total of HK$ 90,585 with the top 10 players getting paid. The top two prizes of HK$ 30,900 and HK$ 18,000 went to Young Suk Shon and Mei Ngok. Notable players that made it into the money were Gordon Huntly in third who busted out Charles “Mr. Macau” Chua in fifth.

The poker action heats up today with Day 1A of the Asian Poker King Tournament Main Event which is offering a HK$ 1,000,000 prize pool guarantee.