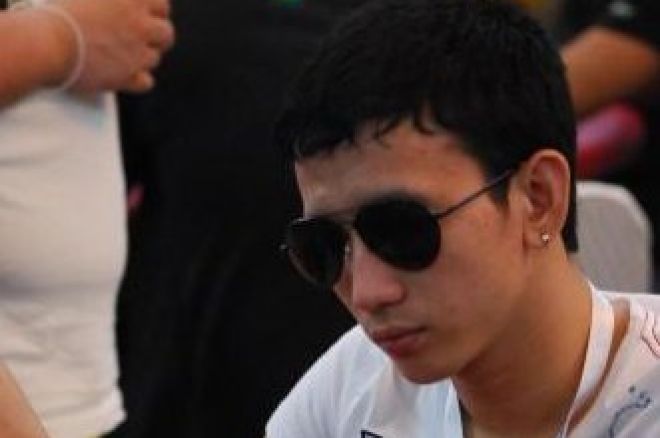 Takayama, who had only started playing poker regularly less than a year ago, accumulated chips throughout the final table but was seemingly overmatched as heads-up play started.

His opponent and good friend, Renniel Galvez, was significantly ahead in chips and at one point had a 9-1 chip advantage against Takayama. Undaunted, Takayama kept plugging away at Galvez's chip stack until he took the lead.

Finally, Galvez decided to shove from the small blind with

. Unfortunately for him, Takayama held

and it was an instant call from him.

on the turn. It was Takayama's time to shine, though, as the

landed on the river, completing his comeback.

For the win, Takayama walked away with the big championship trophy and Php 318,000 in prize money.