Players Get MPC Preview This Week at PokerStars Macau 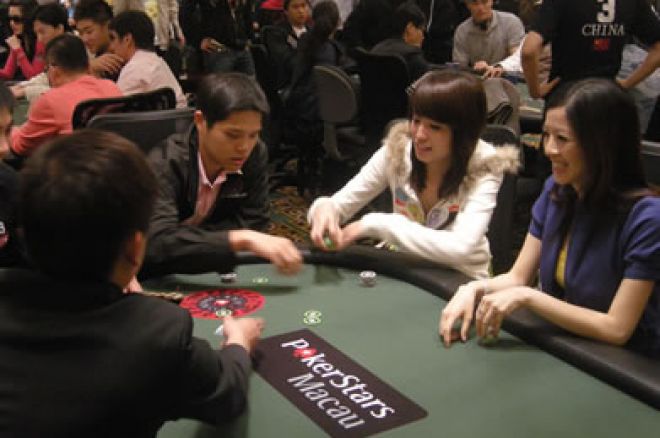 The PokerStars Macau poker room at the Grand Lisboa will be holding its MPC June Special this week as a prelude to the upcoming Macau Poker Cup in July.

The week-long MPC Special will include a bevy of side events such as HK $500 KO Bounty Tournament and a very affordable HK $100 Rebuy tournament.

For those who enjoy playing poker at a frenetic pace, there will be a HK $2,000 Express Tournament where players are only allowed twenty seconds to act.

The highlight of the week, though, will be the HK $5,000 No Limit Hold 'Em tournament on Saturday, June 19. PokerStars Macau regulars such as PokerStars Team Asia pros Bryan Huang and Celina Lin are expected to attend the event, which will feature a HK $350,000 guaranteed prize pool.

Players can also win seats to the upcoming Filipino Poker Tour (FPT) tournament in Manila next weekend. There will be Phase 1 and Phase 2 satellites on Sunday, June 20, for the Php 5,000,000 guaranteed FPT event.