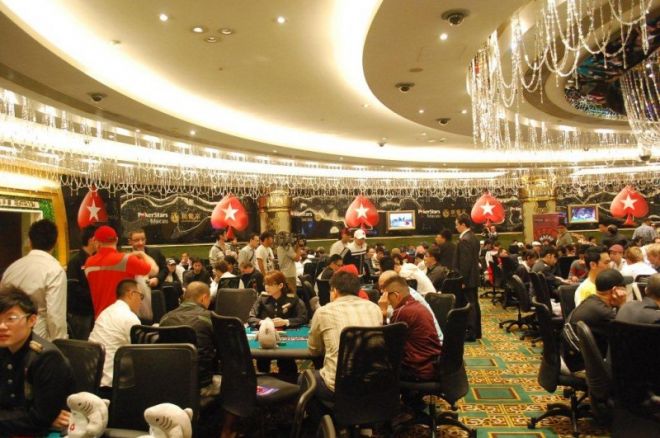 PokerStars Macau at the Grand Lisboa will be looking to break new ground this August with its five-day Macau Millions tournament.

Held from August 4 to 8, the Macau Millions is looking to set a new record for players in Asia. A big HK $1,000,000 guaranteed prize pool will be up for grabs with a buy-in of only HK $2,200. Unlike most of the tournaments held at PokerStars Macau, this one will be unique because eliminated players will be able to re-enter at any time during the five starting days.

The schedule is made up of Days 1A to 1E. The starting days will then be followed by Day 2, where the winner will ultimately be decided.

In an interesting twist, only the top seven percent of each Day 1 field will advance to the final day. That rule will surely make for some huge pots towards the end of each day as players scramble to make it into the upper echelon of the chip counts.

Players who make their way to PokerStars Macau for the event will also have a big chance of making a big impact on the poker room's Asia Player of the Year leaderboard.

"The Asia Player of the Year race will be prominent as both the Macau Millions and $5,000 NLH 350K Guarantee event (August 7-8) will count towards the APOY Leaderboard," said PokerStars Macau marketing manager Fred Leung.

The Macau Millions comes less than a month after the last Macau Poker Cup (MPC), which was won by Kenichi Takarabe for a cash prize of HK $620,100.

is located at the Grand Lisboa Casino in Macau. For more information, read the Asia PokerNews feature on the poker room by clicking here.