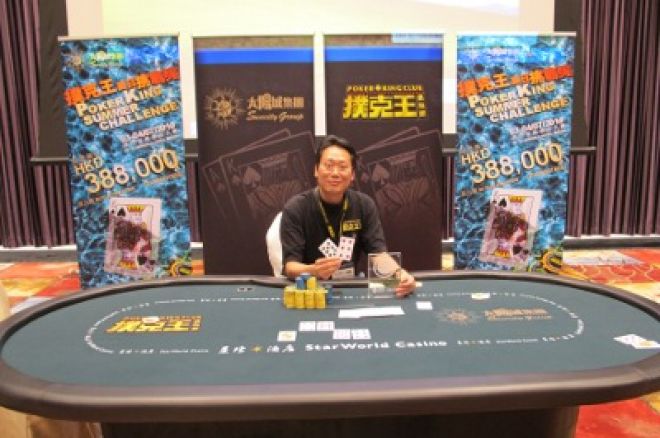 Tony Chang was this past weekend’s big tournament winner, ruling the Summer Challenge event at the Poker King Club in Macau.

Chang bested a field of 64 players from Macau and other parts of the world to take home the HK $110,720 winner’s cash prize.

It was not an easy feat for Chang as he faced some tough players at the final table, including Ricky Foo. A consistent in-the-money finisher in Asian tournaments, the Singaporean pro finished third and went home with HK $63,000.

In the end, Chang would seal the deal against King Man “Kenny” Wong, who finished as the runner-up. With a substantial chip advantage, Tony went all-in with

. Kenny Wong called with his shorter stack and the flop came

, which provided no help for either player. It would go Tony's way after that, though, as the turn brought a ten followed by a six on the river.

With the two-pair, Tony took all the chips at the table and secured his place as the first Summer Challenge champion. Wong, meanwhile, was awarded HK $76,000 in prize money for his runner-up finish.

A small, heads-up tournament was also held on Sunday afternoon, with Ngok Mei winning it all for a cash prize of HK $19,500.