Focus Back to Macau as Next MPC, Red Dragon Start This Week 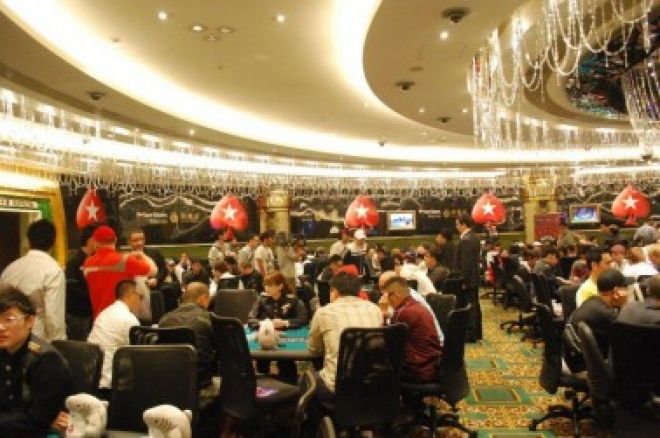 Asia's top players will be making their way to the region's gaming capital this weekend as the eleventh edition of the Macau Poker Cup (MPC) takes place at the Grand Lisboa's PokerStars Macau.

Festivities kick off on Wednesday, September 1, when the KO Bounty 125K Guaranteed event take place at 8:10 pm. That event is one of several slated for the five-day MPC schedule, which will also feature a ladies event, a deep stack event, and a charity tournament.

"As we enter the eleventh Macau Poker Cup we have a chance to make it ten consecutive MPCs of growth and prize pool records. It's a special and exciting time to be part of the PokerStars team in Macau and work with the amazing organization at Grand Lisboa," said PokerStars Macau marketing manager Fred Leung.

Come Friday, though, all eyes will be on the popular HK $10,000 buy-in Red Dragon main event, which will be guaranteeing a big prize pool of HK $2,000,000 once again. Players from Macau, Hong Kong, and other countries all over the world will be in attendance as they try to win first place and immortalize their names in Asian poker history.

It won't be easy, as skilled players such as PokerStars Team Asia Pro members Celina Lin, Bryan Huang, Raymond Wu, and Tae Jun Noh, will all be there to try and snag the top prize along with the glory that comes with it.

Huang, in particular, will be looking to take top honors this time after finishing as the runner-up in the last Red Dragon. He certainly has momentum on his side, having finished third in the recently concluded APT Philippines 2010 main event for a total prize of US $44,000.

The last Red Dragon winner was Japanese player Kenichi Takarabe, who beat out a field of 296 players to win HK $620,100.

For more information about the MPC, visit PokerStars Macau online.