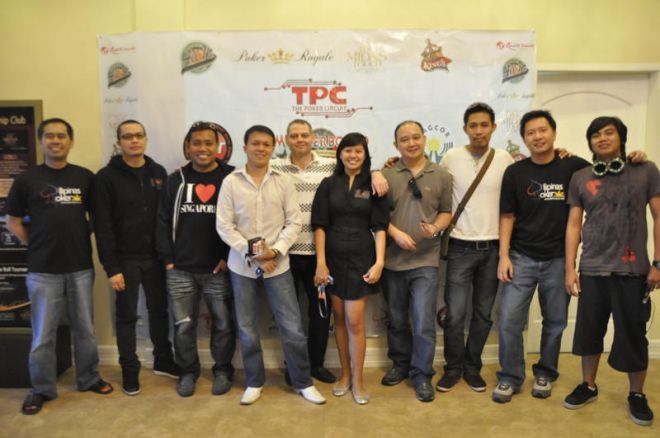 Jerick Medina took on the challenge and rose to the occasion by besting 101 other players to emerge as the top player in the third leg of The Poker Circuit’s Motherboard series last night at The Midas Touch in Pasig City.

Medina finished with 443,000 in chips, good for second best in all of the TPC Motherboard legs so far. Joining him in the next round is the first lady to make the finals of the Motherboard series, Cyril “Ayee” Ramos, who doubled and tripled her way up to be among the nine qualifiers for the finals at APT Philippines 2010.

It was Richard Marquez who commanded a ceasefire to the action. With pocket nines, Marquez raised the shortest-stacked player, who responded by going all-in. Marquez immediately called as the player showed

off-suit. The board blanked out and the cast was set.

Showing how cutthroat the competition was in this leg was the fact that the final nine was created at Round 18. That means that the Midas qualifiers are given a four round rollback in the finals as Poker Royale, which was the second leg, stopped at Round 14 (blinds: 4,000-8,000; ante: 1,000).

A total of 46 players registered in Day 1A of the event before 56 more signed up in the final two starting days.

Midas Touch part-owner Atty. Mans Tumanda was more than ecstatic and excited about the turnout, saying, “I am very pleased with the outcome of the TPC Motherboard here at Midas Touch. I can't wait to have my next event, which will involve the TPC, coming very soon.”