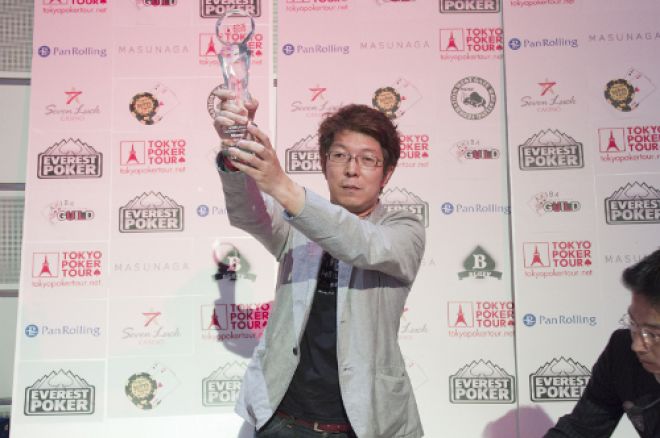 With several celebrity professional wrestlers in attendance, the Tokyo Poker Tour (TPT) had another successful run with Shinichi Cho coming out as the winner.

A total of 118 players from all over Japan participated in the event, which was held at the Tokyo Womens Plaza in Omotesando.

A lot of the attention, though, was on three particular players. Choshu Koriki, Ryuichi Takaiwa, and Tobita Survival, well-known professional wrestlers in the wrestling-crazed nation, joined the tournament and were easily spotted by the other players.

None of the three would make it to heads-up play, though, as the distinction for the final two went to Cho and runner-up Jin Yamada.

on the river to give Cho the flush.

. A jack immediately came on the flop of

and no help came thereafter, giving the rest of the chips on the table to Cho and making him the champion of the event.

For the win, Cho won a Seven Luck Casino Package Tour for two. Meanwhile, Yamada received a pair of high-end Masunaga sunglasses for his runner-up finish.

The next TPT tournament will be held on October 9 at the Tokyo Womens Plaza in Omotosenado.