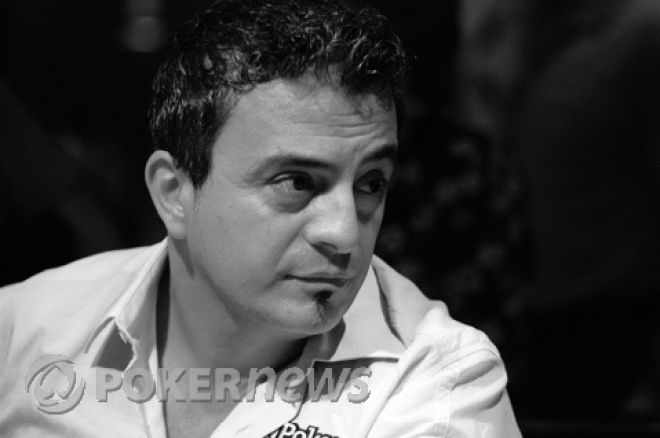 In December 2011, Joe Hachem and PokerStars announced they were parting ways. On Sunday in Melbourne, Australia, Hachem held a press conference at Crown Casino, where he announced his new working relationship with the AsianLogic Group.

“After many years working extensively around the world, I made the decision that my next venture would keep me closer to home, would allow me to spend more time with my family and was something that presented me with a wider range of opportunities,” Hachem said in a press release.

“I am delighted to announce that I have decided to partner with a consortium comprising the AsianLogic Group and some of their contemporaries. I will be working with the group in several areas, initially as a new ambassador for the Asian Poker Tour to further the growth of poker and to assist them with several strategic opportunities in Australia and the Asia Pacific region.”

AsianLogic, established in 2002, is a major player in both the online and land-based gaming industry in the Asia-Pacific market. The group, which was featured on the London Stock Exchange in 2007 before going private two years later, “is involved in the development, operation, management and/or marketing of online casinos, online poker, multiplayer P2P and Asian Games, online and land-based sports betting, including live video stream casino gaming across the region.”

“We are delighted to be working with Joe who is without a doubt one of the most recognizable and respected poker players in the world,” said Tom Hall, non executive chairman of AsianLogic.

“I can’t think of a better venue, the Aussie Millions, in Joe’s hometown of Melbourne, at this fantastic venue, the Crown Casino to announce our partnership with Joe. Joe brings much more to the table than just his poker playing skills. His knowledge and understanding of the gaming industry both domestically and internationally will be invaluable to us going forwards. The Asian Poker Tour is already widely recognized as Asia’s only independent tour and we feel Joe will be able to help us expand this business. AsianLogic and its partners are also involved in a number of poker and gaming projects and Joe is helping us with some of these, particularly those in Australia and New Zealand.”

Hachem concluded, “The group are already very successful gaming operators and have a carefully thought out strategy for poker and my role within this will be announced publicly later this quarter. There are separate elements here in light of potential regulatory change in Australia, which requires a different focus from that adopted for the general international poker market.

"I considered offers from several other brands, but this partnership was the best fit for me as it gave me an active role and the ability to participate as the businesses evolve. The Asia Pacific poker market is still in its infancy and has in my opinion, huge potential for growth relatively to the European more mature markets. The United States are also going through an important phase and it will take a little time before things come into place and operators emerge. Working with a partner in the same time zone makes life a lot easier and whilst I am still going to be traveling to the major poker tournaments, being able to spend more time at home is fantastic.”

Hachem is currently in Melbourne for the 2012 Aussie Millions Poker Championship, and so is the PokerNews Live Reporting Team. You can follow all the action from the $10,000 Main Event, $100,000 Challenge, and $250,000 Super High Roller by visiting our live reporting section.