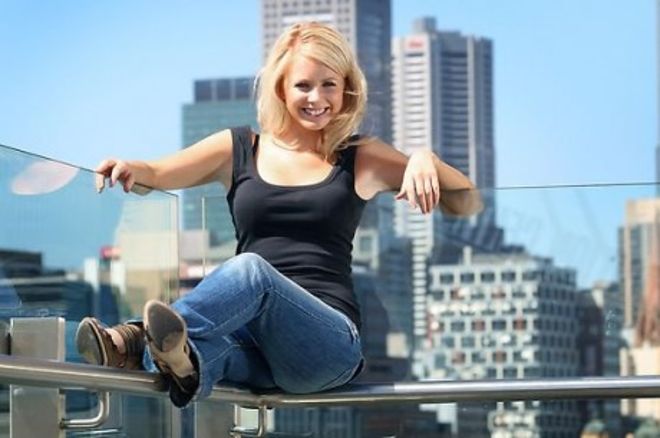 PokerNews is pleased to announce that Lynn Gilmartin has been named as the hostess of the 2012 Aussie Millions television programming.

Gilmartin, a Melbourne native, was introduced to poker five years ago when she began working at Crown Casino in the marketing department. Shortly thereafter, she began hosting for the Victorian Poker Championship and PokerNews Cup, and in 2009, Gilmartin kicked off her PokerNews career at the World Series of Poker. Since then, she has traveled around the world, interviewing the game's top players.

"Lynn has extensive knowledge of the poker industry and a great rapport with the players. It's very exciting to see Lynn add the Aussie Millions television coverage to her resume. She's very deserving of the role and we look forward to seeing her in action," said PokerNews editor-in-chief Elaine Chaivarlis.

The 2012 Aussie Millions kicks off on Jan. 12 at Crown Casino in Melbourne, Australia. The series will feature 26 events, including the AUD$10,600 Main Event, AUD$100,000 Challenge, and AUD$250,000 Challenge. Poker players from around the world make the trek to Melbourne every January for this event — the largest in the Southern Hemisphere.

"This is an event that my heart has always been so attached to since Crown Casino was where my career in poker began five years ago. I've been on such an incredible journey, thanks to Crown and PokerNews, ever since. I am so proud to be representing such a world-class event and extremely grateful for this opportunity," Gilmartin said.