2012 PokerStars.fr EPT Deauville: Andrulis Leads The Way After Day 1a 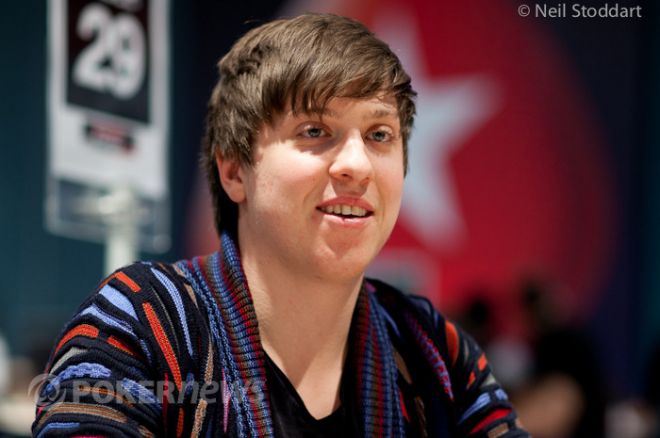 Five players representing Team PokerStars entered Day 1a and three survived. Henrique Pinho (55,400), Marcin Horecki (38,700), and France's own Arnaud Mattern (6,300) will return on Wednesday for Day 2. Mattern was off to a nice start but hit a bump when he paid off an opponent with two pair.

A few hands later, he picked up

in the big blind. With a raise and three callers in front of him, Mattern three-bet and forced out the initial raiser. The first caller, Fabien Baldeli, moved all-in for 80 percent of Mattern's stack. The other callers folded, Mattern called, and watched his aces get cracked by

when the board ran out

Team PokerStars Pro Jonathan Duhamel hit the rail at the end of Level 6. Back-to-back hands ended his day, turning his 108-big-blind stack into no stack at all.

. The following hand extended into the final break of the day as Duhamel got his chips into the middle with

board. Pierre Canali looked him up with

and dodged Duhamel's many outs when the

Here are the top ten Day 1a chip counts:

Day 1b kicks off at 1200 CET (0300 PST) on Tuesday and the field is expected to be significantly larger. Among those who will be playing include Team PokerStars Pros Liv Boeree and Vanessa Selbst. Even Scotty Nguyen is rumored to be in town to take part.PokerNews will be here to provide all the updates from the floor as it happens.

Following us on Twitter is the best way to keep up with the rest of the news from the tournament circuit and beyond.