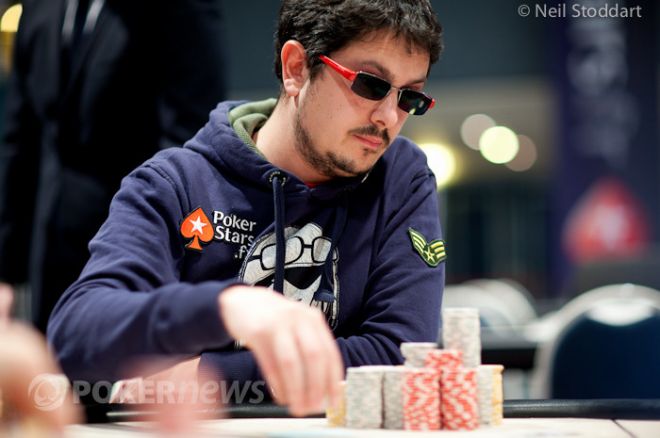 The PokerStars.fr European Poker Tour Deauville Main Event resumed on Saturday with 54 players remaining from the starting field of 889. After three levels and change, the final three tables were reached. Team PokerStars Pro Luca Pagano began the day in 36th place, but finished on top of the chip counts with 3,561,000.

Pagano began the day with 344,000, but chipped up nicely to about 700,000 before things really took off. It started when he picked up

and eliminated Balazs Botond who held

. That put Pagano at about the million chip mark, leading to the hand that changed everything.

Pagano tangled with Samphane Phomveha, the chip leader at the start of Day 4, toward the end of the day's first level. After raising under the gun to 28,000, Pagano called Phomveha's three-bet to see an

hit the turn. That didn't slow Pagano down as and made it 325,000 to play. Phomheva called and the dealer delivered the

river, where once again Pagano fired — this time 600,000. Phomheva called, but could not beat Pagano's

Shortly thereafter, Phomheva busted. Joining him on the rail were Mohsin Charania, Koen De Visscher, Martins Adeniya, and many others.

Play will resume at 1200 CET (0300 PST) Sunday and will continue until the final table is reached.