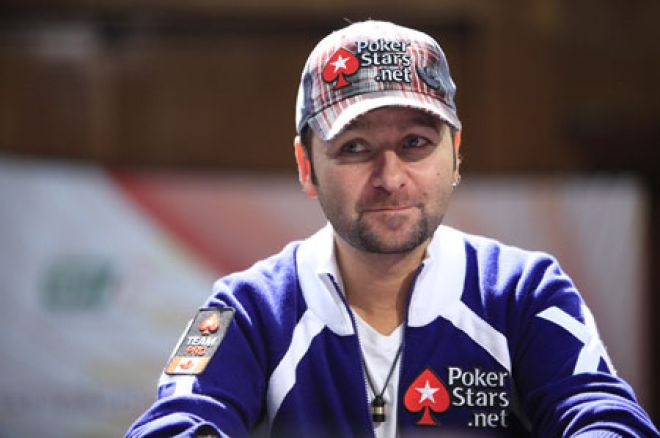 Day 3 of the 2012 PokerStars.net Latin American Poker Tour Grand Final wrapped up shortly after dinner on Sunday in São Paulo, Brazil. Leading the way in a big way is Daniele Nestola. He finished with 1.892 million in chips and has about 600,000 more than Carlos Ibarra, who is in second place. Vitor Torres will be the short stack, wrapping up with 273,000 in chips.

The day began with 24 players returning to action including Team PokerStars Pro Humberto Brenes. Entering the day as the shortest stack in the room didn't make things easy on Brenes and he was out the door in 22nd place.

Brenes was all-in with

and that was the end of the line for the Costa Rican pro.

Also falling short of the final table were notables Caio Pimenta (12th) and Mayu Roca (11th). The last player eliminated on the day was Joshua Ewing in ninth place.

Getting short on chips, Ewing looked down to see pocket fours and moved all-in for approximately 230,000. He was crushed by the pocket kings held by Gasperino Nicolas and couldn't find any help on the flop, turn or river. For his finish, Ewing took home R$22,390 and his elimination officially ended the day.

The biggest name at the final table belongs to Team PokerStars Pro and four-time World Series of Poker gold bracelet winner Daniel Negreanu. This was Negreanu's first time ever making an LAPT cash and he's made the most of it so far by finding his way to the final table. In doing so, Negreanu has accomplished a feat that no other poker player has done.

Combining this final table appearance with his EPT Vienna and APPT Sydney final table finishes in 2010, Negreanu is the only poker player to ever make a final table in Main Events across all three of the PokerStars-sponsored tours. "Kid Poker" bagged up 702,000 in chips and will enter Monday's final day fifth overall.

Live updates will begin at 1200 BRST (1400 GMT) Monday and the PokerNews team will bring you all of the action. There's R$324,600 up for grabs for the winner and all of the remaining eight players would love to get their hands on it.

Be sure to follow us on Twitter to keep up with the rest of the news from the poker world.