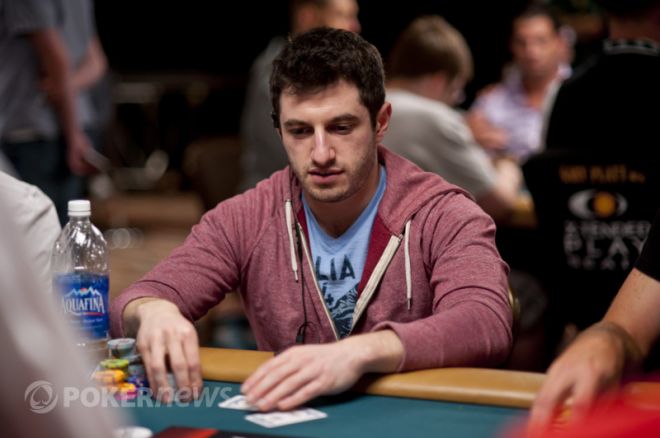 The PokerStars.com European Poker Tour Sanremo has come to an end, and while Benny “toweliestar” Spindler was busy winning the €10,000 High Roller, a host of other players were busy pillaging the online high-stakes games.

on the turn gave Tollerene a flush, and the

Both players had flopped a set, but Tollerene’s jacks had him out in front. Neither the

“Patpatman” had flopped top pair and was in the lead, but Blom picked up a flush draw on the

turn to go with his pair of tens. No spade came on the river, but the

Blom had flopped a set of queens, but “1Il|1Il|1il|” was drawing to the nut flush. The

turn completed the flush for “1Il|1Il|1il|”, and then the

river failed to pair the board on the river for Blom. With that, Blom watched the $196,453 pot go to his opponent.

Phil “MrSweets28” Galfond, who recently sold his sweet New York bachelor pad, was back in action on Sunday after a long absence from the high-stakes tables. He played $100/$200 PLO against Viktor “Isildur1” Blom and Jens “Jeans89” Kyllönen, and after four hours, Galfond won $291,300.

Kyllönen had flopped two pair, but Galfond held a set with the nut-flush redraw. The

turn gave Kyllönen a flush draw of his own, but the

river completed the board. Kyllönen showed

for a set of kings, but the $67,599 pot was pushed to Galfond after he flipped over

Pot-limit Omaha dominated the weekend, but the new week kicked off with an entertaining game of $100/$200 no-limit hold’em where Ben “Sauce123” Sulsky squared off against Alex “Kanu7” Millar. The two played more than 700 hands over three hours, and Sulsky ended up relieving Millar of $114,000.

flop. Sulsky proceeded to check-raise to $6,111, Millar called, and the

river, which created a pot worth $77,809. Millar rolled over

for two pair, but it was no good as Sulsky had flopped a set with

Here's a look at the second biggest pot played between the two: