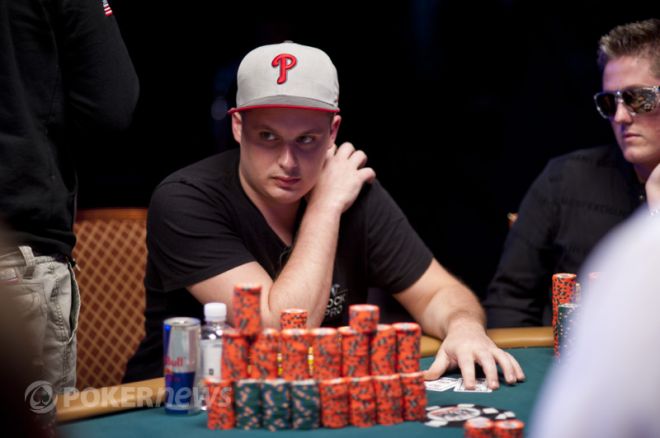 There was no change atop this week's Global Poker Index Player of the Year standings, meaning Dan Shak occupied the top spot for the second consecutive week. Shak's last cash was a 49th-place finish at last month's World Poker Tour L.A. Poker Classic Main Event, a result which vaulted him four spots from the previous week and back into the lead. Since the start of 2013, Shak has cashed in four tournaments and made three final tables with more than $900,000 in earnings. However, his reign over the POY standings could be short-lived because of the recent success of Paul Volpe.

Volpe remained at No. 20 in the rankings despite making two final WPT tables in the span of a week. But he could potentially land in the No. 1 spot in next week’s standings because his third-place finish at the WPT Bay 101 Shooting Star Main Event has not yet been included in his GPI score. Volpe began the Bay 101 final table as chip leader ahead of Erik Seidel and eventual winner WeiKai Chang, but he couldn’t hold the lead and finished third for a $435,610 payday. That put him above $1.1 million in earnings for the year.

Ana Marquez made a huge jump in this week's POY standings: up 11 spots to No. 5. She was named the GPI Player of the Month for February after logging three in-the-money finishes — including two final tables — to earn just over $126,000 for the month. Marquez took 20th out of 517 entrants in the L.A. Poker Classic Championship after finishing third in the $5,100 No-Limit Hold’em event at the same series. Earlier in the month, Marquez also made a deep run in the Venetian Deep Stack Extravaganza $2,500 No-Limit Hold’em event, taking sixth out of 276 runners.

Marquez passed boyfriend Bryn Kenney, who dropped two spots to No. 7 in the 2013 GPI POY race. He failed to keep his place in the top five after falling short of the money at the WPT L.A. Poker Classic and the WPT Bay 101 Shooting Star. Marquez currently holds the No. 1 spot for the GPI Player of the Year National (Spain), and GPI Player of the Year Ladies — ahead of Vanessa Selbst.

Here’s a look at the top 10 of the Global Poker Index Player of the Year race:

For the full GPI Player of the Year standings, head on over to GlobalPokerIndex.com.