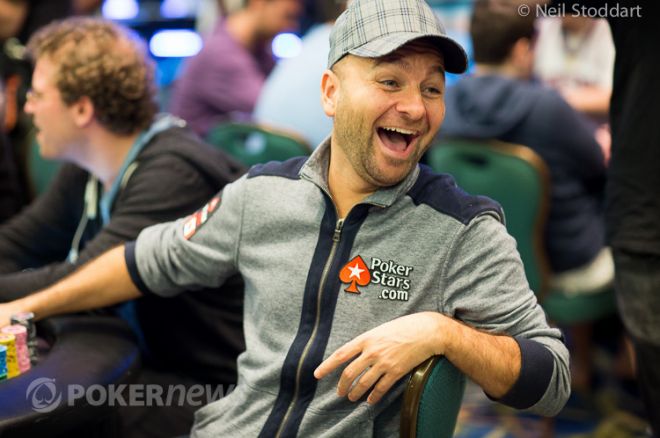 The 2013 World Series of Poker is still over five weeks away, but the WSOP Player of the Year Race is already off to a fast start. That’s because the five events from the recently completed WSOP Asia-Pacific awarded points to the leaderboard. Thanks to a bracelet win and another final table, Daniel Negreanu is the early frontrunner who sits atop the leaderboard with 408.4 points.

Negreanu, who won the WSOP POY title back in 2004 after winning a bracelet, making five final tables and notching six cashes for $346,280, pulled out in front with a lead of 156.4 points. According to Kevin Mathers, manager of poker information for BLUFF, which powers the WSOP Player of the Year formula, Negreanu earned 48.4 points for a fourth-place finish in the AU$2,200 Mixed Game Event and 360 points for his win in the WSOP APAC Main Event, which also gave him his fifth bracelet and AUD$1,038,825 in prize money. Needless to say, that all made “Kid Poker” quite happy.

On a Qantas flight back to Vegas a very happy boy. Leading WSOP player of the year race and got #5 ah pinch me! Love you all 4444!!!!

You can follow the 2013 WSOP POY race throughout the summer with PokerNews, which will be the exclusive live reporting team for the 2013 WSOP.