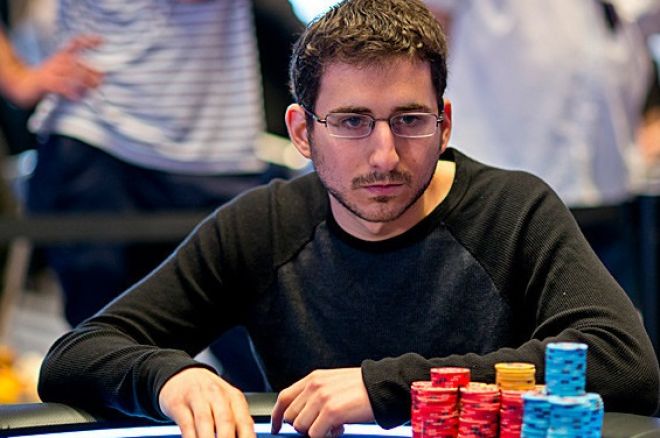 While the $25,000 World Poker Tour World Championship was playing down to its final stages on Tuesday, the $100,000 buy-in Super High Roller kicked off at Bellagio. The prestigious event began in 2009 with Erik Seidel topping a field of 29 players to claim the top prize of $1.1 million. Last year, Tom Marchese bested a tough field of 34 to win more than $1.3 million.

Only 15 players posted the six-figure buy-in on Tuesday, but the field is expected to grow before registration closes at approximately 4 p.m. PT on Wednesday. After eight levels of play on Day 1, Steven Silverman occupied the top spot in the chip counts with 11 players still alive. Yevgeniy Timoshenko, David "Doc" Sands, James Courtney and Jason Mercier rounded out the top five on the leaderboard.

Seidel and Marchese each entered the day hoping to become the first two-time champ of the event, but both failed to survive Day 1. First, Seidel was crippled when his

lost a flip to Bill Klein's

and came up short against Marvin Rettenmaier's

Marchese was sent to the rail by Mercier, who is fresh off a runner-up finish at the €100,000 Super High Roller at the PokerStars and Monte-Carlo® Casino EPT Grand Final. According to the WPT Live Updates, Mercier min-raised to 10,000 from the button and Marchese reraised all in for 61,000 from the big blind. Mercier called and discovered he was flipping with

, and Mercier's pair held up through the river, sending Marchese to the rail.

Rettenmaier and Cary Katz were the other two casualties on Day 1. Katz was eliminated by Silverman when his pocket queens failed to hold up against Silverman's

after the chips went in on a 7-6-x flop. Silverman made a straight on the river, and Katz hit the rail. Silverman ended the day as the leader and is hoping to add another title to his impressive year, which includes a victory in the €25,000 High Roller at the 2013 PokerStars and Monte-Carlo® Casino European Poker Tour Grand Final.

Timoshenko would've been the end-of-day leader if he had won a pot against Andrew Robl in the final level. With the blinds at 2,500/5,000, Andrew Lichtenberger raised to 10,000 from the cutoff and Timoshenko three-bet to 27,500 from the small blind. Robl then four-bet shoved for 89,000 from the big blind, and only Timoshenko called. Robl's

board doubled Robl's stack to 200,000. Timoshenko, a former WPT World Championship winner, will enter Day 2 of the Super High Roller second in chips with 935,000.

Day 2 will begin Wednesday afternoon and come to a close when the final table of six is reached. PokerNews will be providing daily recaps, so stay tuned for highlights following the completion of play.