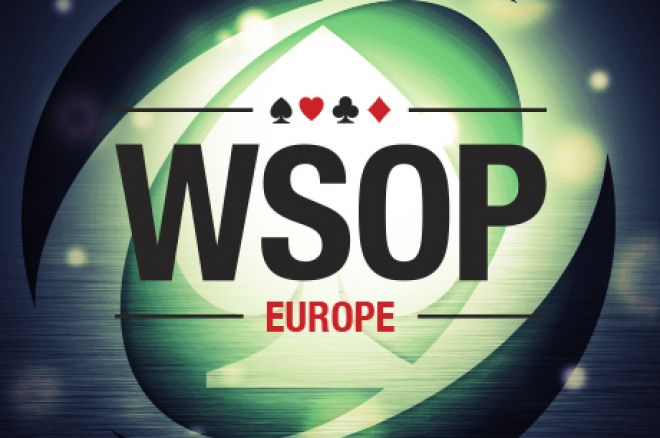 The schedule for the 2013 World Series of Poker Europe Presented by BarrierePoker.fr was announced on Tuesday. The 7th Annual WSOP Europe will be held from October 12 through 25 at France’s oldest and most historic casino — the lakefront Casino Barrière Enghien-les-Bains, located less than 10 miles from Paris.

“New tournament dates and 12 million Parisians have us aiming for the largest Main Event in Europe,” said WSOP Executive Director Ty Stewart. “Baguettes and Bracelets; Champagne and Cash; we think is a winning recipe for the 2013 WSOP Europe.”

Here's a look at the 2013 WSOP Europe Bracelet Schedule:

The World Series of Poker announced last December that it was moving the WSOP-E to Paris after spending two years in Cannes. The newly-renovated Casino Barrière Enghien-les-Bains facility will hold all of the tournament action in one room, and a 500-seat theatre will host final tables and television production. The 2013 WSOP Europe will be televised around the world with coverage on ESPN and Eurosport.

In addition to the bracelet schedule, more than four dozen side events will take place during the two weeks of poker action in France. There will also be cash games and satellites running across the street at the Convention Center known as “Pergola Nova.”