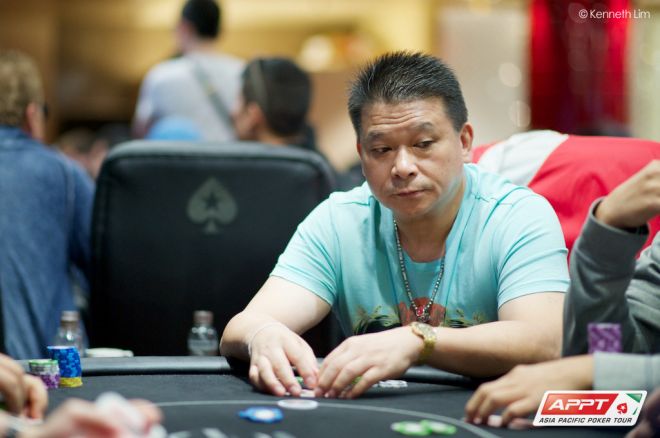 The first of two starting days at the 2014 PokerStars.net Asia-Pacific Poker Tour Macau Main Event ended with 87 of 212 players seeing Day 2. The day consisted of seven and a half hour-long levels, and Bo “Box” Xie emerged as the field's chip leader with 166,000 in chips.

Alvan Zheng, who led the field most of the day, finished just behind Xie with 151,400. Not far behind that you will find Jaswinder Suri with 149,500 to round out the top three.

Probably the most famous player in the room today, Johnny Chan, will not be making Day 2 as he was eliminated when his flush draw failed to complete against Liu Xiao.

Day 1b kicks off Thursday, again at 3 p.m. local time, with a bunch new faces including Team PokerStars Pros Raymond Wu and Celina Lin. Join PokerNews as we continue to bring you all the action as it happens. Until then, good night from the City of Dreams.