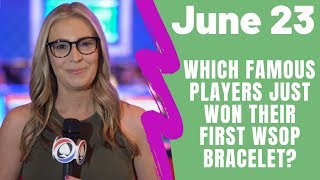 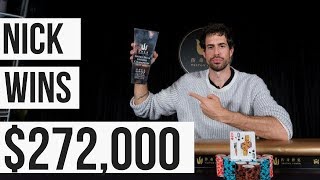 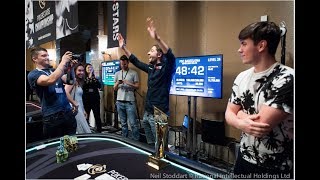 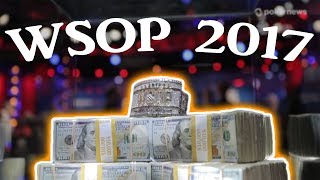 Highlights from the 2017 World Series of Poker

Benjamin “Ben” Lamb is an American professional poker player from Tulsa, Oklahoma. Lamb is best known for his incredible performance at the 2011 World Series of Poker in which he scored his first bracelet, made four final tables and cashed in a total of five events.

Lamb was born in 1985. He started playing poker as soon as he turned 18 and just after two years he crashed the American live tournament circuit scoring big money finishes and titles. Lamb won three live events in 2006 including the United States Poker Championship $500 No Limit Hold 'em event for $60,000. However, his true moment of glory came at the 2011 World Series of Poker when Lamb won his first bracelet and finished third in the Main Event. That summer Lamb was named the WSOP Player of the Year.

Before becoming a professional poker player Lamb attended Jenks High School in his hometown of Tulsa in Oklahoma. He graduated in 2004 and then studied at the Trinity University in San Antonio, Texas for a little while. As many poker pros Lamb soon dropped out of the University to pursuit his poker career. Lamb also worked as a dealer at the Cherokee Casino in Tulsa.

Lamb first cashed at the World Series of Poker in 2006. He scored a 12th place finish in the $1,500 Pot-Limit Hold'em event taking home more than $25,000. A year later Lamb cashed again, only this time it was in the most prestigious event of them all, the Main Event. Lamb finished in 156th place and took home almost $60,000. He then collected three more WSOP money finishes in 2009 adding another three a year later.

Then in 2011 Lamb made his name known to the entire poker world. Apart from winning a bracelet at the 2011 World Series Lamb also scored one runner-up finish and made it all the way to the November Nine in the $10,000 Main Event. Lamb eventually finished the tournament in third place collecting just over $4 million in prize money. His incredible run guaranteed Lamb the 2011 WSOP Player of the Year honors as well as the Card Player Player of the Year Award.